“Good evening, I’m Hugh G. Bear with tonight’s news. Our top story tonight: bear police are still searching for a group of rogue humans they say are responsible for firing shotguns into the air and chasing off several bears who were enjoying some trash from a dumpster. Officials warn that further incursions with humans may increase. We spoke with Ursula Sun, Chief of the local Bear Park Rangers.”

“Spring is the time of year when we typically see an increase with humans. We’re waking up and voracious after our hibernations and they tend to leave caches of food near their homes. The important thing to remember is these are wild animals and should only be mauled and eaten if they don’t have those guns of theirs.”

“In other news, local bear Grizz Biting was arrested for soliciting a bear undercover as a sow in a local meadow. Biting rose to prominence locally in 2002 when he singlepawedly took down a moose cow. Bail has been set at 14,000 squirrels; Biting will have an arraignment next week in bear court. Well the sunshine is back, but will it stay? Bear meteorologist Brown E. Bear will have the five day forecast up next!”

Wear this shirt: Into the woods while whistling or singing so as to alert any nearby bears to your presence. They hate being startled and tend to get maul-y.

Don’t wear this shirt: And watch the local news. They’re in business to keep you scared.

This shirt tells the world: “Movie? What do you mean ‘movie?’ I’m pretty sure ‘Bad News Bear’ has just always been a saying.”

We call this color: Every Heather Gray Cloud has a Silver Lining 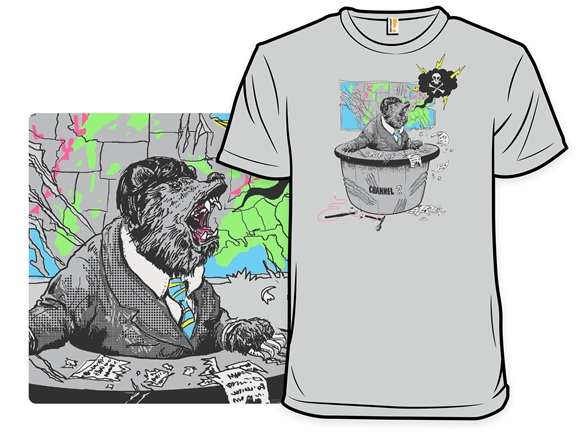 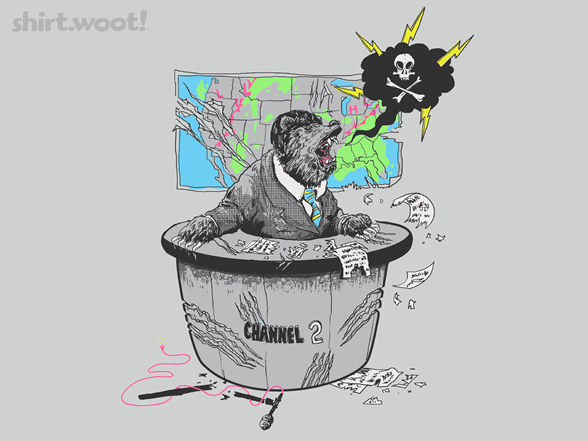 Hillary White (aka wytrab8) and Daniel Arzola (aka goliath72)