The worst part about living in Controllerville? Everyone’s so pushy.

Don’t get me wrong, it’s an exciting place to live all right. Why just the other day, me and my pal Play were going to the park to kick the ball around, and do you know who we saw? Marcy and David Fast Forward, just power walking down the street! Those two never slow down, and it always looks SO funny to see them huffing and puffing past. Oh, man, me and Play? We just couldn’t stop laughing and making jokes. But Marcy and David didn’t even notice, because they were going too fast! So fast that Officer Stop had to get involved! Oh, it was terrific.

And once we got to the park, wouldn’t you know it? There was R. Ecord, the local documentarian, making another little movie about the Controllerville Plaza. Me and Play, we figured this was our chance to be famous, so we did a few fancy tricks with the ball. But Ecord didn’t notice us. He only had eyes for the Pause twins. It’s sort of creepy the way he focuses on them, like some Woody Allen thing or something. They seem okay with it though. Play says they’re always getting in his way but I don’t really mind them.

We also saw the Rewinders but I don’t really want to talk about them. I mean, it’s not their fault they’re backwards, right? I’ll insult that big round Ecord to his face all day, but those Rewinders, it just isn’t fun with them. They’re doing the best they can with what they got. So they might be different, but they’re cool with me. I know Play feels the same way.

But yeah, that’s life in Controllerville. It might seem a little slow… but it sure never gets dull!

Wear this shirt: if you’re a control freak.

Don’t wear this shirt: and fall between the couch cushions. It’ll take HOURS before someone finds you.

This shirt tells the world: “Everyone performs an important role in society, even people who wear headbands on their butts.” 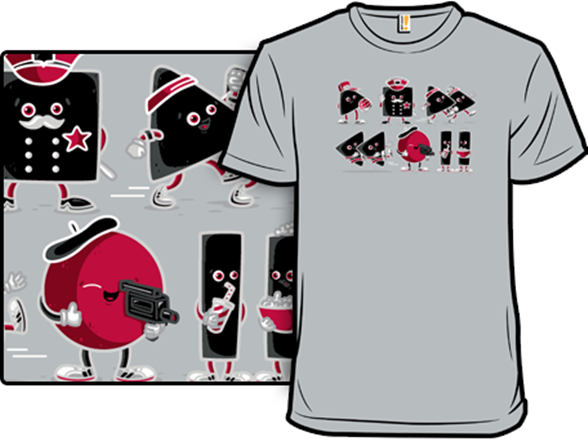 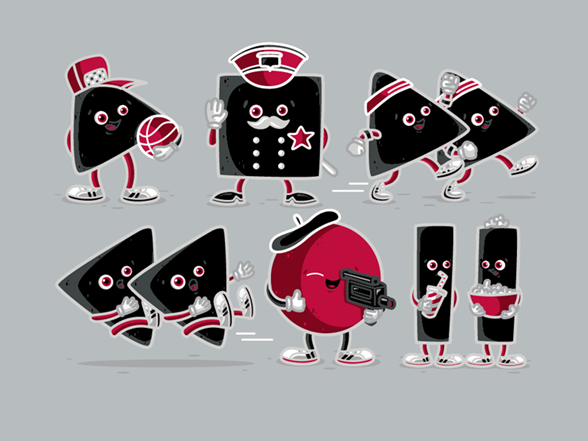 To prepare for this shirt, Recycledwax spent over seven thousand dollars on electronics equipment! So keep an eye out for his yard sale, it’s gonna be amazing.