There’s a story that the Air Force did a study, and found that there was a single color that made planes almost invisible to the naked eye at all hours. That color was a pale pink. The Air Force shook their heads and decided to never talk about it again.

Why, you might ask? Because modern war isn’t about efficiency, or simple goals, or well-thought strategies that make long term gains with minimal and temporary cost to the nation. Modern war is about scaring the pants off of them so that they submit to our economic policies without complaint! You think a whole bunch of pink invisible planes are going to manage that? Not a chance! The only thing those jerkfaces are going to respect is a sixty ton Christine jumping over a sand dune.

Sunlight gleaming off chrome teeth, missiles shooting in every direction, “La Cucaracha” blasting on the horn, it’s an image that just grabs you somewhere inside and whispers “Surrender Dorothy.” Sure, you can pretend we’re wrong if you want, but let’s be honest here about who REALLY did more in the war against the Soviet Union. Was it Ronald Reagan and his historic meeting with General Secretary Gorbachev… or Megaforce?

This shirt was designed by: Joby Cummings, who has done other stuff for us in the past, but really, we’re only giving him these commissions so that his girlfriend will like us better. Seriously, she’s a total babe. And that accent! Like honey on gluten-free ice cream. As a great man once said, “How about you drop that zero and get with a hero?”

Wear this shirt: on Sunday! SUNDAY! SUNDAY! when you’re turnin’ your back yard into a monster MUD PIT.

Don’t wear this shirt: if you’re the sort of loser who quotes Vanilla Ice at perfectly charming ladies who have boyfriends. You might as well just go bare-chested and offer them two free tickets to the gun show. Très unclassy.

This shirt tells the world: “I only race for pink slips. And love. And maybe beer.” 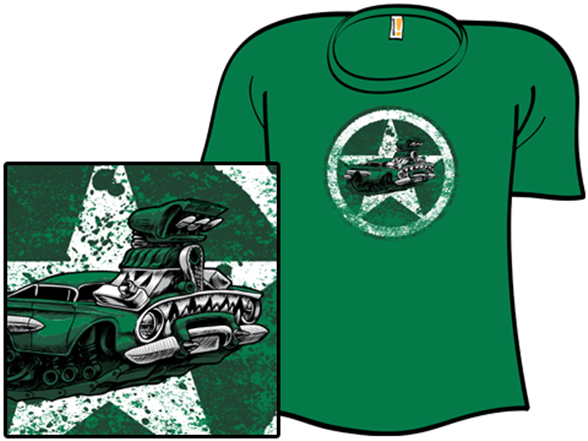 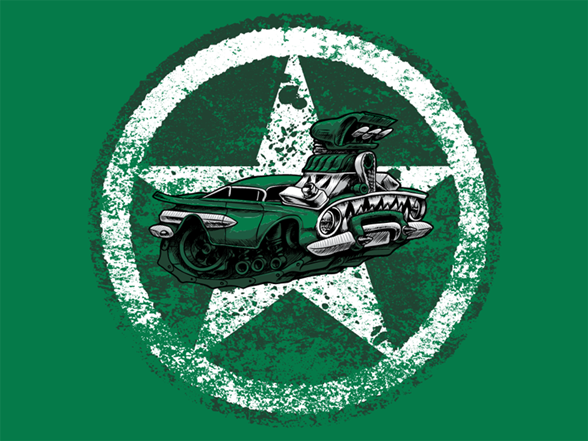