Meet Gulga, Klex-Rak, Skeeter and Alex—four regular guys who enjoy hangin’ out, playing in their garage band, conquering planet Earth and sucking the marrow from the bones of their puny human victims.

Gulga, he’s the shy, romantic one. He doesn’t let on, ‘cause he doesn’t want the other guys teasing him about it, but sometimes he’d rather spend the night talking on the phone with his special someone than rampaging through the streets.

Klex-Rak is the zany member of the group, always ready with a snappy wisecrack. Hey, did someone discharge ammonia-based reproductive fluids all over the coffee table? Oh, Klex-Rak!

Skeeter lives for basketball. Ask him any question about any player on any team from 1988 to the present! He won’t answer; he’ll eat your face. But he’ll know the answer.

This shirt was designed by: Erik Kriek, sometimes known as “the dyslexic’s palindrome.” He’s a world-famous comics and illustration baron whose Internet headquarters can be found at Gutsman Comics dot com.

Wear this shirt: while fleeing for your lives, puny Earth men and Earth women!

Don’t wear this shirt: to the party next weekend, ‘cause we’re planning on wearing ours. 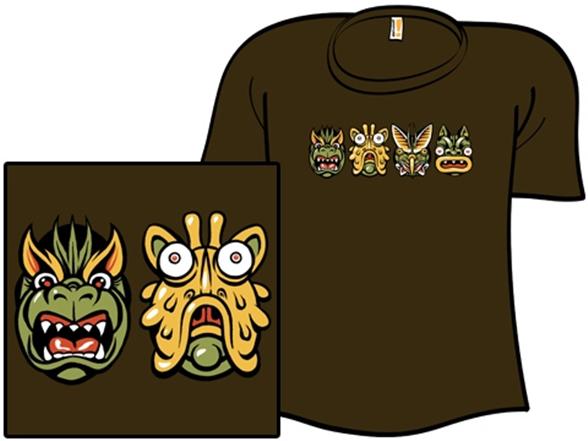 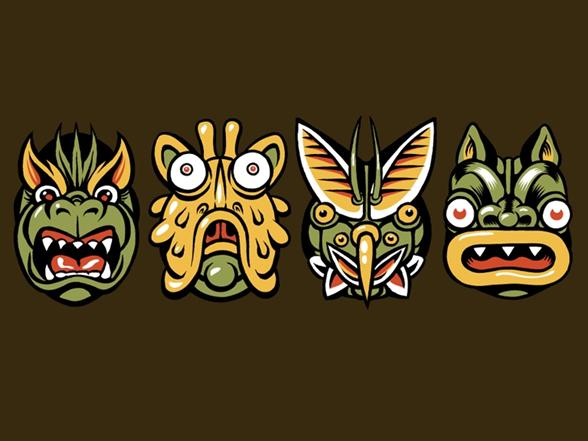