Little kids, cats and bears all know it. If you put your hands up, you suddenly become taller, and scarier too. It hits on a primal level because who knows what a tall person could do? They’re all the way up there on a whole different level, thinking tall thoughts and seeing the big picture. The whole normal sized world could be just a pawn in their lofty skyward machinations!

Thankfully, those tall people have the same fear, and sometimes worse, because they so rarely experience it. Watch the tall when they gather together like a host of Celestials. Someone that’s six five will quickly start to be a little nervous around two seven footers. That’s how you beat them.

When you’re describing the top of their head it will bother them in a way they can’t completely explain. Soon they will begin to squirm and ask if anyone else is hot. And then they will run, like a little kid, cat or bear facing an opponent with hands raised high. You’re not so tough, tall people. Not so tough at all.

This shirt was designed by: mamaGiraffe, who has a soft spot in her heart for elephants. But deep hatred for flamingos. Without the flamingo mafia, she could have achieved her dream of being an ornamental lawn device rather than just settling for a career in shirt design. Stupid flamingos. An elephant never would have done what they did.

Wear this shirt: to show you’re not above using technology to win. That’s right, you’re the Tony Stark of vertical.

Don’t wear this shirt: and expect to meet one of those little birds that will sit on your shoulder and clean you all day. You’ll still have to put it in the washing machine like normal.

This shirt tells the world: “Winning by a nose is still winning!”

We call this color: Tall Tall Leroy Brown, Tallest Man The In Whole Dang Town, Taller Than Old King Kong, Too Bad He Collapsed Under His Own Weight Due To The Laws Of Physics 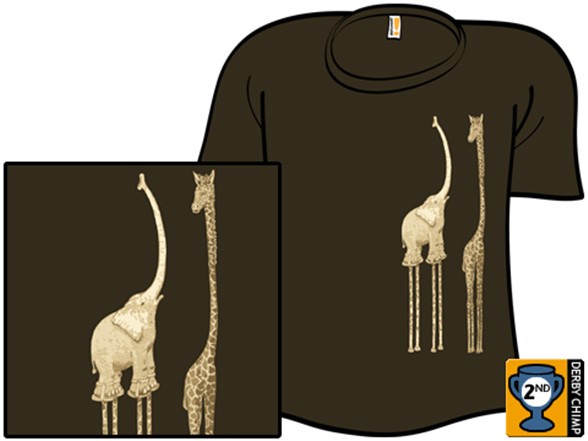 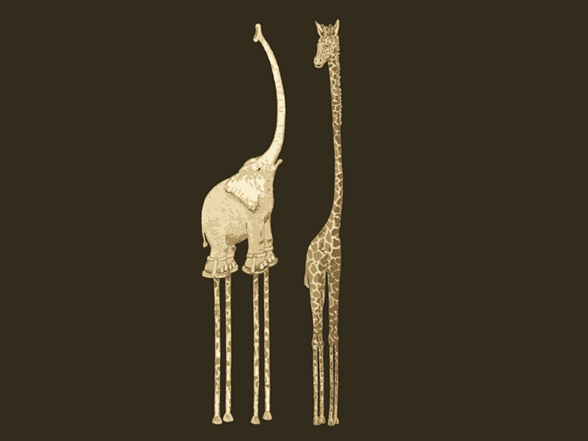