Once upon a time, there was a beautiful city in the clouds. No one knew where the city had come from, because there was no one in the city, and the buildings themselves were content to ask no questions. All seemed well, and at peace.

Yes, some days there might be strange reflections from below, the sort of reflections that would make people say “Oh! Who is that fellow? Is that another me, perhaps one that is better, or maybe worse?” But for a building, there is no such thing as better or worse, as long as the blueprint is followed exactly and the lights are still on. And therefore the reflections were nothing of consequence, and there was no debate regarding their curiosity. They simply were, and there was no changing that.

Beneath the empty city a lotus radiated steam and heat. Was this the creator? The destroyer? Was it neither or both? The cities took no interest in these questions, because they existed now, and that was enough. Nor did they care to reach out to their other, brother cities floating nearby. All was well in this place, so what could be made better? Why interfere?

When the cities began to crumble, and the little bricks and rocks began to float nearby, this too was just accepted. For what building lasts forever? What use standing against the end of all things?

And in the end, there was nothing but the boredom of dust.

Wear this shirt: Indian Bloomsday. No, we’re just kidding, that shouldn’t ever exist. Can you imagine anything more insane than trying to read James Joyce after a translation into Hindi? You might as well just pull Klingon sentences out of a hat.

Don’t wear this shirt: while trying to make it home from the war to your beloved wife. Also, you don’t want any of that pulled pork either.

This shirt tells the world: “Sometimes you have to cut away before you can begin to heal.” 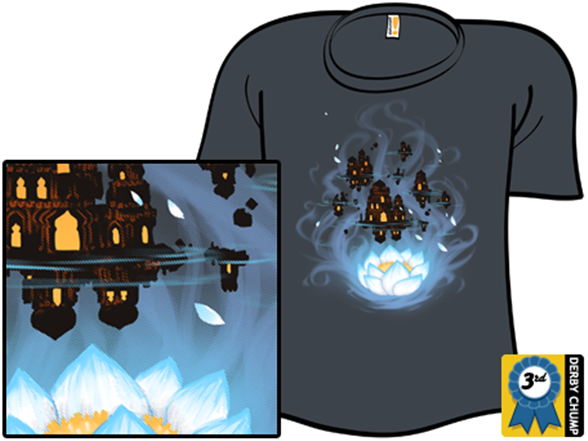 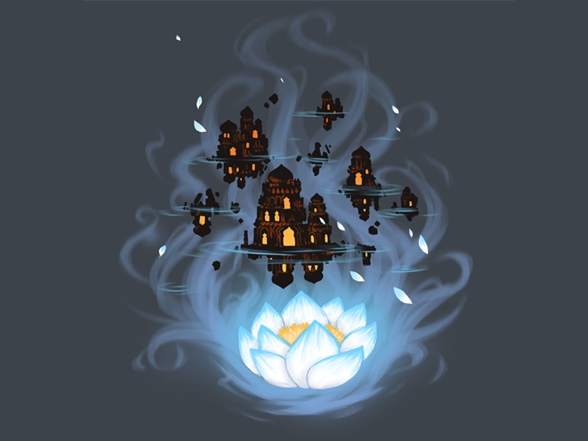 Patrickspens was our community’s choice for Artist of the Year in 2010. What an honor! But never rule out law school, okay? It’s good to have options.

Hometown:
Sandy, UT
Links:
No one left to play with
By Your Powers Combined!