All things must end.

Every year, when the trees got crusty, Mr. Fallwinter would pick them and blow off the dead leaves to make a wish. His wish every year: for fall to keep going and for winter never to happen. In a perfect world, Mr. Fallwinter believed, fall would lead directly to spring.

Every year at around the same time, Mr. Winterspring went into a sky and dug around the clouds looking for one with a wishbone in it. When he found one, he'd pull it apart and wish for the winter to be long and bitter.

Mr. Fallwinter always lost. "I just don't get it! Why can't I win just once?" he said. He and Mr. Winterspring were sitting in the cafe watching the snow come down.

"It's just how it's got to be, Henry." That was always how Mr. Winterspring addressed Mr. Fallwinter, with his first name. Mr. Fallwinter hated that. He enjoyed formalities. "The universe knows best. Fall is great and spring is great, but it's only because of the winter. You take winter out, and it gets too pleasant, too uniform. You need contrast in order to really appreciate what you've got."

"Yeah, but maybe next year," said Mr. Fallwinter, smiling. Mr. Winterspring smiled too. This was best Mr. Fallwinter had ever handled his loss.

Of course, this unexpected happiness probably had something to do with that fact that Mr. Fallwinter had poisoned his friend's food, thus ensuring his victory not only next year, but all of the years to come after that too. But how was Mr. Winterspring to know any of this?

"Yeah, I've got a good feeling about next year," said Mr. Fallwinter.

Wear this shirt: as the days get colder.

Don't wear this shirt: when the days get really cold. It's short-sleeved, after all.

This shirt tells the world: "I live for September and October."

We call this color: Baby blue. Baby blue! NO, YOU GUYS, THE BABY IS BLUE! HE'S FREEZING! GET A BLANKET! 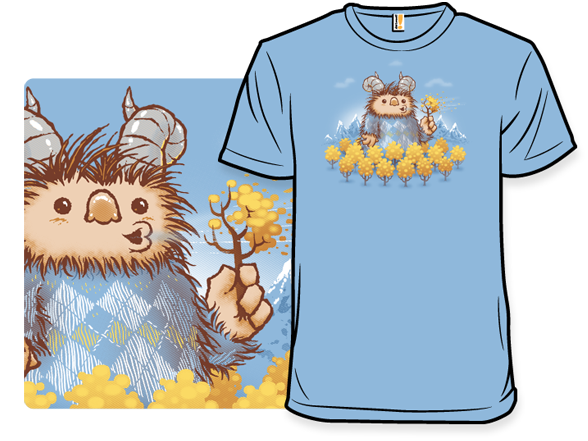 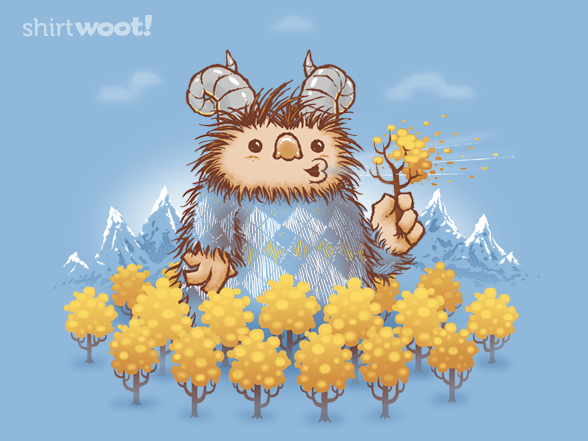