Breaking news: newly discovered planet found to be nothing more than gaseous ball of cuteness.

The tiny planet recently discovered in our very own solar system, affectionately being called “Pinky” by astronomers, was originally thought to be solid, but now scientists are reporting that is nothing more than a gaseous sphere of cute stuff.

“We sent a probe to investigate and take soil samples,” explained NASA scientist Ronald Hibbert, “but it just flew right through.”

Hibbert and his team gathered around a television this morning at 4am to watch the video feed of the approach. He told reporters that, as the probe breached what had appeared to be Pinky’s surface, they were overwhelmed by music. “It was like every Belle and Sebastian song being played at once or something,” he said, “and everything we saw – faces, guitars, drums, hands – was smiling. It was wild! I can’t wait to show it to my daughter! It was like the planet-version of the Paul Frank shoes I got her!”

While some in the field think the planet is harmless, others are worried. Dr. Gerald Menton, professor of astrophysics at Cal State Fullerton, had this to say: “Consider what could happen if Pinky falls out of its orbit and comes for Earth. That much condensed cute gas entering our atmosphere all at once? It would spell death for our planet as a whole.”

He went on to add, “I mean, it would be an adorable death for sure, but death nonetheless.”

Wear this shirt: if you believe in peace, love, and harmonium for all.

Don’t wear this shirt: upside down. Everything would be frowning. And they’d have eyes underneath their mouths, which is way weird.

We call this color: white like a fwuffy duffy widdle happee cwoud! 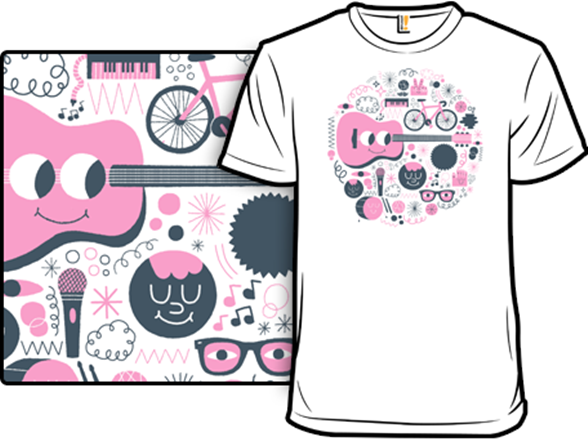 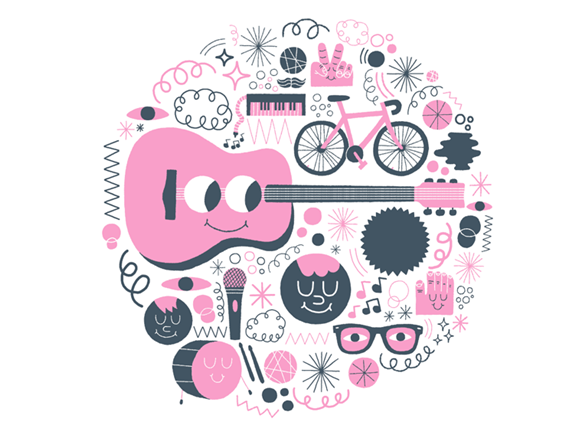 One day, Maxime Francout’s instruments were all fighting and being mean to each other, and so he said, “Hey now! Can’t we all just get along?”