It depends on your point of view, see?

Yes, kids could learn the language through the standard three letter words that are considered part of “official” English, but if we’re being honest, what sounds more childish today? “The cat sat on the mat by the fat rat” or “OMG, WTF did he do now LOL”? Say the first one in the office, everyone will assume you’re being sarcastic, or that you’re having a stroke. Say the second, and nobody’s going to bat an eye, except to tell you not to make personal calls on the clock.

Know the reason we use all these fancy words? A bunch of pushy English majors with sand in their pants told us we had to use them. They got that degree and decided that “ye old common mayn” needed to stop using the letter y and it was up to them to police literature and journalism and art. But you know what? People like the letter y, you stuck-up jerkfaces. And if you look at internet names, it’s pretty clear that Darkfyre and Thunderwyld aren’t falling for the lyes any more. Your days of pryssy tyranny are over!

Hey, now, let’s be clear. We’re not blaming linguistics theory at all. There are a lot of really good words in our dictionaries, and we all know that to be true. But you don’t start learning THOSE words until about fifth grade anyway, right? So what’s the harm in teaching the kids something useful early on? WTF is the harm?

Wear this shirt: when you’re learning to type.

Don’t wear this shirt: around kindergarteners. Let them learn how to text on the streets, like we did. It’ll make them hard. Tough. Prepared for life.

We call this color: Chalk White 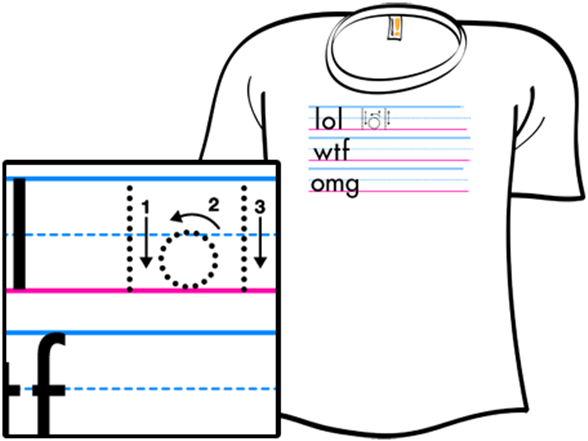 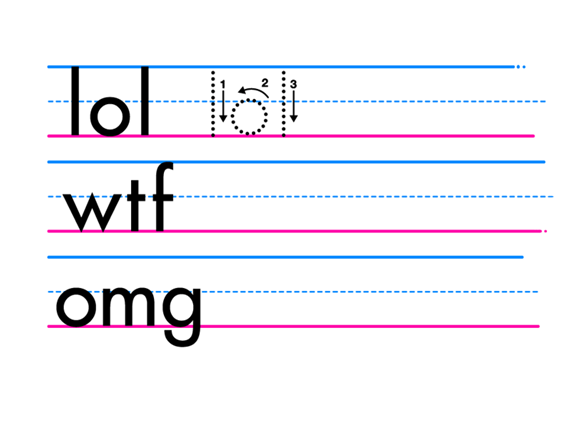 Spacesick is floating in his tin can. Planet Earth is blue, but it might be sort of greenish-red in a few seconds, if you follow us. Pray his orbit won’t put him directly above you.