Oh, yeah, the crazy Kansas chick gets a party, but I’VE gotta clean it all up.

So this is my life. Born to a great set of parents, then one day, boom, world goes dark. A few days later I roll over on my back and OW OW OW! Bandages, scars, the whole works. I don’t know what’s going on! All I know is some nutty chick in a hat’s telling me I gotta go through flight school! But hey, I read X-Factor #18, I’ve seen Darkman, you know, I’m gonna make the best of it. And flying, that ain’t so bad. In between missions I can goof off a little, zip above the clouds, have some fun. So it all balances out.

Then once day, I get the call. The Kansas chick, a dog, a cat, and two weird golems are sleeping in a poppy field, and I gotta go pick ‘em up. Sure, I think, no big deal. I’ll just drop ‘em off a cliff. But the boss is convinced we gotta bring them in to get a pair of shoes. I was like “Lady, what’s the problem here? Let me drop ‘em, we’ll get the shoes after they land!” But that just doesn’t fly. Peter Principle, right? And so I haul ‘em back, because what do I know. I’m just the help.

Long story short, now I’m unemployed. You think maybe they’d hook me up with Sneezy and Doc down in the city, but nope, I gotta stay up here. And! And now I gotta clean up the mess! For minimum wage! I tell you, this is why people turn against that stupid wizard. Soon as I can find a shirtless pistol-wielding Sean Connery, that jerkface balloon salesman is DONE.

This shirt tells the world: “I’m Not Even Supposed To Be Here Today!”

We call this color: “The Witch? Where Is She? Well, She…’Slate.” 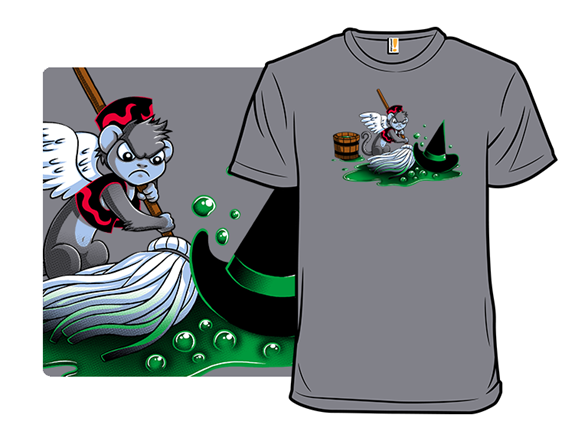 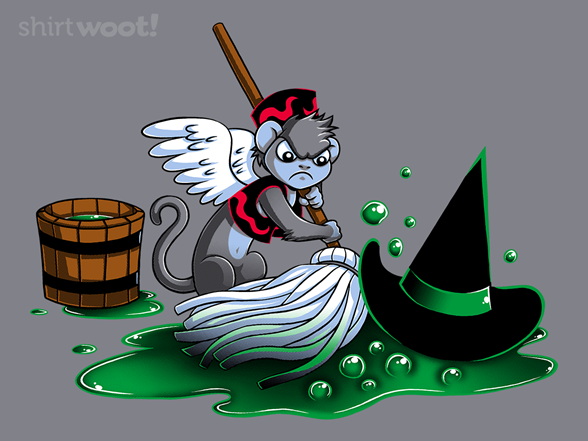