My hands, they are no longer in my control.

It all started after that biking accident. My hands almost didn’t make it; in fact, they would have most certainly died if it weren’t for Professor Brimble’s experimental procedure. In retrospect, it seems obvious that replacing the dead cells in my hands with living cells from the paws of a wolf would cause serious issues, but you have to understand, I wasn’t thinking straight. All I could see were the sandwiches my hands had yet to make, the post-it notes they had yet to write, all the itches that would go unscratched were they to expire.

Of course, it was only a matter of time before I realized that I had created a monster. Why, just two days after the procedure, I noticed a reluctance in my fingers to take up the fork and knife at dinner. Now, they grab at the food violently without any utensils. While driving, I have to fight to keep them from jerking the wheel aggressively towards a dense forest. With tears in my eyes, I parted ways with my dear cat, Bumper, because I feared for his life. I can’t even remember the last time I woke up not clutching a mauled squirrel or possum. It probably won’t be long before they begin going after larger prey.

So, I think it would be best if everyone just stayed away from my hands from now on. Because, while I was able to keep them alive, I can make no guarantees for anyone else.

Wear this shirt: when the moon is full.

Don’t wear this shirt: if you’re an American in London.

This shirt tells the world: “I’m a teen wolf, too.”

We call this color: as pitch black as that fateful night… 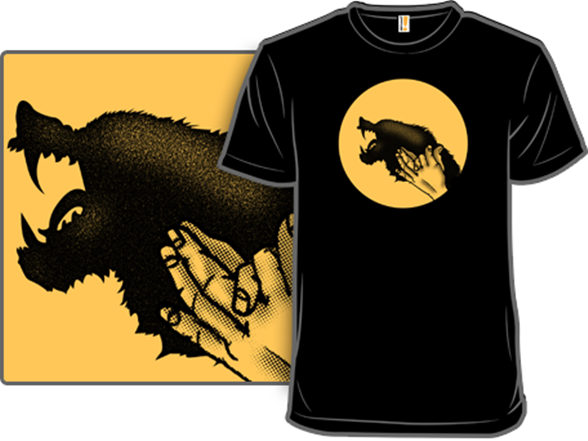 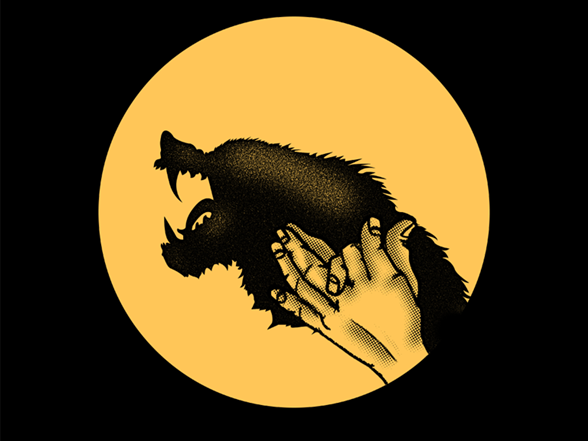 Be warned, Oliver Barrett does not know his own strength when it comes to handshaking. If possible, go for the casual hug.