First we heard the sound. I’ll never forget it. It was a kind of a tinkling music. “Pop Goes the Weasel.” By then it was too late to take cover. They were already upon us.

Kids were screaming and running, running and screaming. I heard one girl calling out for her mother, who was nowhere to be found. There had been a baseball game going on in the park. It disintegrated immediately. The dugouts emptied. Runners fled from the bases. It was pandemonium.

Then, almost as suddenly as it had begun, the whole thing was over. They sped off, leaving us all dazed, clutching our heads from the icy pains in our skulls. Still, we were just glad we’d come through it, who knows how. We didn’t have any idea at the time about our increased risk of heart disease and diabetes. That came later. Much later.

Wear this shirt: In over a hundred countries whose governments just agreed to scrap their cluster bombs, but whose stockpiles of rocket- and bomb-pops are steadily growing.

Don’t wear this shirt: if you’re sensitive to sugar rushes.

This shirt tells the world: “I scream, you scream.”

We call this color: Cranberry Sorbet, The Kind You Find In Your Grocery Store 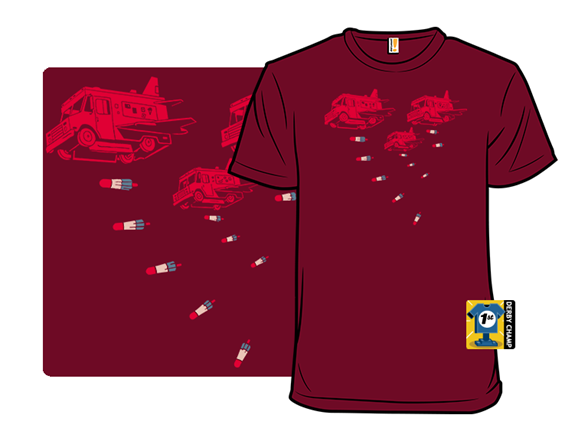 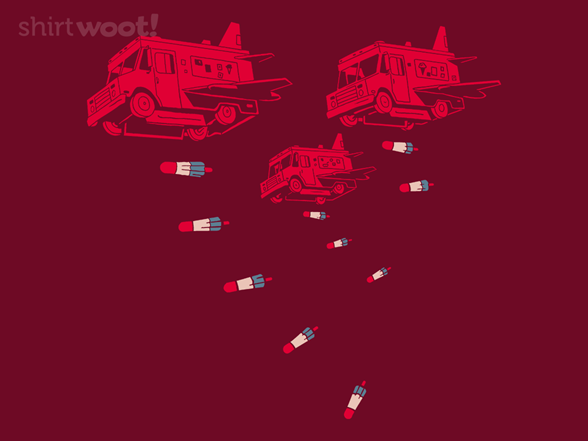 Derby mainstay tgentry, making it look easy once again. If there’s a Derby theme outside this kid’s wheelhouse, we haven’t thunk it up yet.