Everyone has had that moment in a Red Lobster or a fancy motel. The “I bet I could grab that thing off the wall and score a few touches before the cops got here” moment. And, really, who could blame you? The cops would do their job, but in their hearts they’d be on your side.

Swordfish are also the only member of family Xiphiidae. Isn’t that tragic and romantic? A lonely hero, an orphan, swimming in a vain hope to be left alone, his destiny a constant weight between his fins, forever challenged, proving himself again and again. No wonder so many women sigh when they see it on the menu. What better symbol of the sport of ne’er-do-wells and Olympic level royalty?

This shirt was designed by: Anthony Agüero Gonzalez, who also has a skateboard, and a few shirts. And yet he still finds time to update his main site. What a guy.

Wear this shirt: no more than once a week. The USFDA has concerns about the levels of mercury in fish.

Don’t wear this shirt: around a shortfin mako shark. It’s one of the few predators of the swordfish, and it’s fast. And mean. And someone told it you were talking about its mom.

This shirt tells the world: “All Day I Dream About Swordfish.” 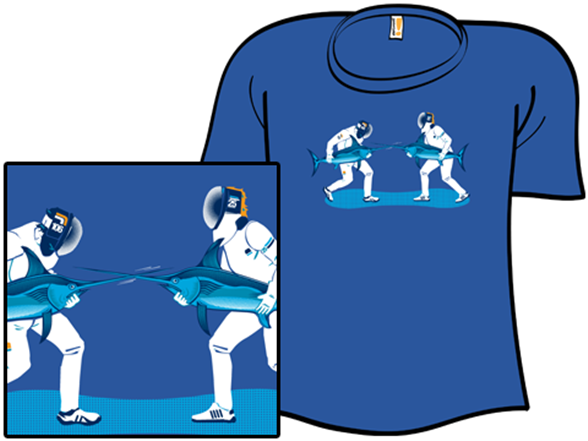 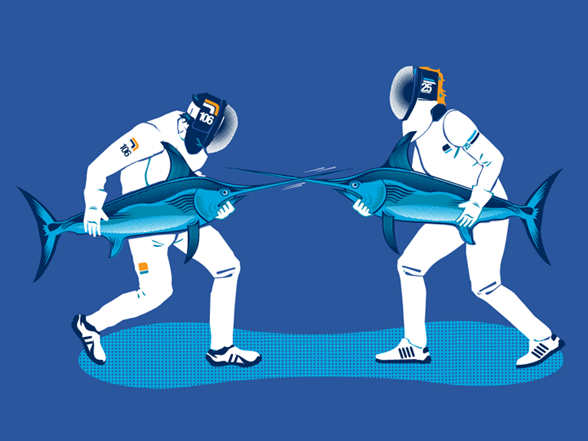