Hey, you can only buy 15 of these.
Leave some for the rest of us!
Update the quantity in your cart.
$19.00 + free shipping
Tee
Royal Blue
Limit 15 per customer

I lived by myself, all alone and without anyone else.

I'd grown up to be a star pilot and spent many years flying all over the galaxy, meeting people of countless worlds until I crashed on a desert planet.

Without passengers or astromech, I took about repairing the ship myself. After a day without much success, I went to sleep. Mind you, I was on a vast and arid world, thousands of miles from any settlement and light years from any galactic trade routes. So you can imagine my surprise when I was awakened the next morning by a small, sweet voice, saying "Help me, you're my only hope."

I quickly rose to me feet in astonishment.

It was a little girl, dressed in a white robe, with tight brown buns of hair on either side of her head, and also she was being projected by a robot.

I rubbed my eyes to make sure the desert heat had not caused me to see apparitions, but she remained.

The shirt here represents my best effort to capture her, but I was never an artist and am sure I've excluded some important detail.

"You're my only hope," she repeated.

"I fell from the sky." She explained how she had come from another world, having crashed in the desert—much as I had—but in a small, round pod, no bigger than a house. Given the situation, this did not seem unusual.

"Would you like me to tell you the tale of my coming here?" 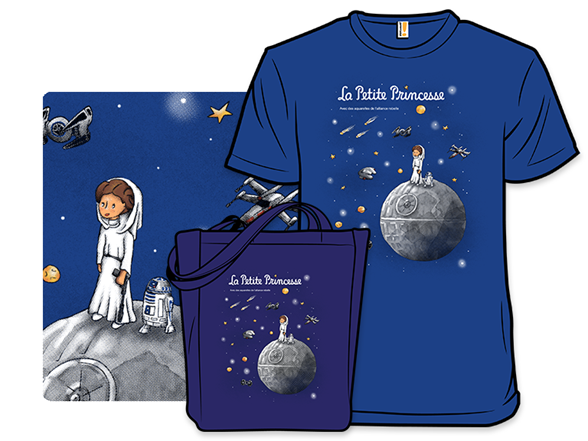 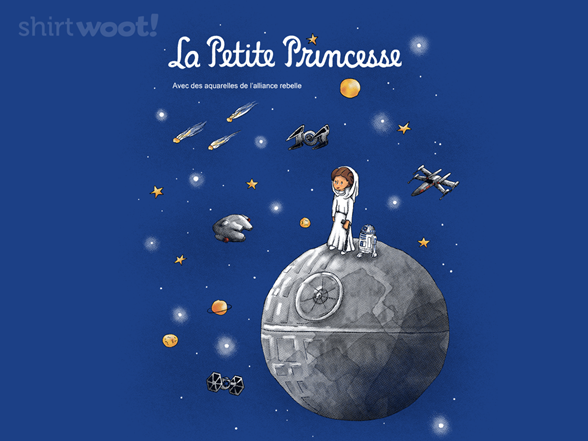 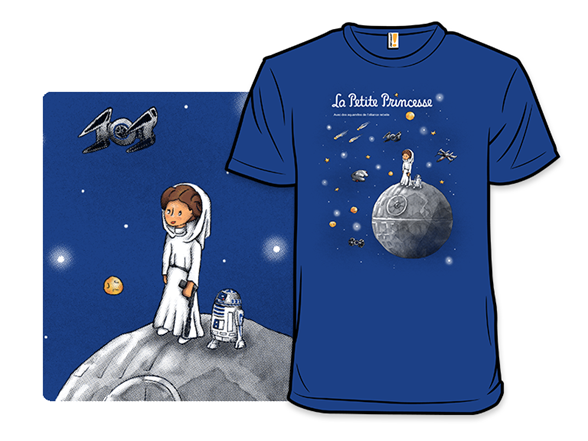 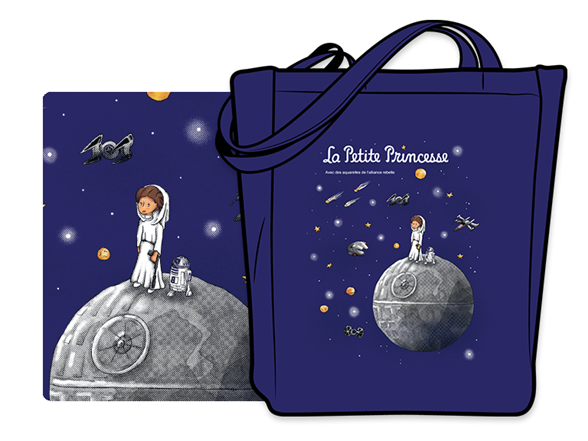 Kelly would like you to see her drawing of a snake digesting an elephant.