Then come on down to Bargain Bob’s Visual Pun Warehouse!

Due to a purchasing error we are completely overstocked with poorly-executed visual puns and all of them must GOOOOOOOOOOOOO!

Fish tanks shaped like military tanks! Peanuts characters recreated using actual peanuts! A woman chastising chess enthusiasts in a lobby because she hates chess nuts boasting in an open foyer! A cannibal eating a clown and asking his cannibal associate if it tastes funny! Christopher Walken wearing cowboy boots with a caption saying “These boots are made for Walken!” They’re all here and they’re all priced to MOVE!

Bargain Bob’s Visual Pun Warehouse started when my father, Bargain Bob Senior, sent his good pal 10 great puns to cheer him up. My dad figured at least one of those 10 would bring a smile to his friend’s face, but guess what: no pun in ten did! HA!

Come on down to our Poorly-Thought Out Pun Sale this weekend where we’ll be unloading all these puns plus a llama with a Dali mustache and a HUGE manatee exploding like a zeppelin! Plus great closeout prices on outdated puns like an airline PILOT made out of PALM trees and a toe with a camel printed on it!

If you hate thinking about your humor then you need to be here! If it takes longer than two seconds to get the joke then WE DON’T HAVE IT! Come on down to Bargain Bob’s Visual Pun Warehouse! Open every day but Sunday!

Wear this shirt: With some padding underneath it. Because people are going to want to punch you.

Don’t wear this shirt: Around anyone who looks like they punch hard. Because you’re going to get punched.

We call this color: Asphalting your intelligence 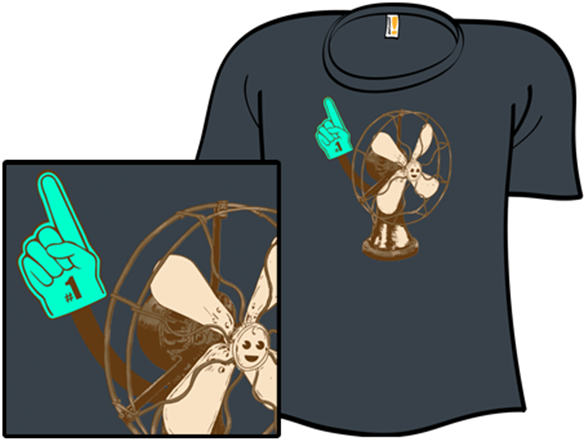 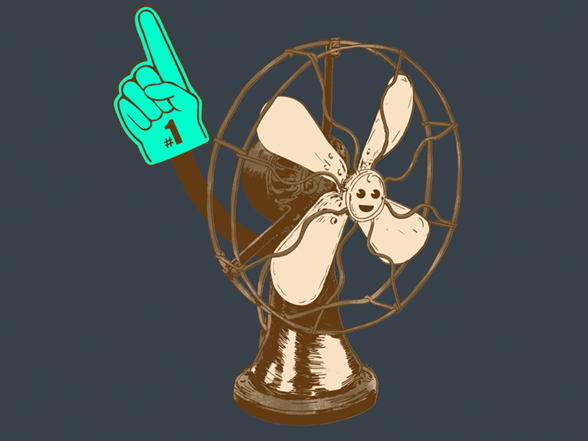 Dina Prasetyawan won’t click on the “Become a Fan” button on any Facebook pages due to a deep-seated fear/misunderstanding of literalism.