Isn’t this amazing, honey? The two of us chained up here against the mast and afraid for our lives! It all feels so authentic, don’t you think? The captain’s a little too Geoffrey Rush and not enough Johnny Depp for my tastes, but who cares? I didn’t even pay for any Pirate Adventure package! But don’t say anything to the actors, okay? It’s not on us to correct their mistake. Let’s just enjoy it, all right?

Dang it, I just wish I’d had taken a video with my phone when the ship materialized out of thin air on the ocean. Do you think they’ll have a commemorative DVD at the gift shop at the next port? You know, now that I think about it, I think George and his wife might have recorded it. I’ll have to ask him when we see him.

Oh, honey, I’m sure George is fine. He’s probably been in on it the whole time! And when the ghost captain stabbed him in the heart and had his men throw him overboard, that was just special effects, that’s all! I bet he’s below deck right now, feasting away on some pirate-themed buffet along with all those lucky so-and-sos who were “killed” when we were boarded. They probably paid for a cheaper package or something. When you think about it, we’re pretty lucky to be here.

Do you think he’ll make us walk the plank? Oh, maybe he’ll keelhaul us! Gosh, I hope he keelhauls us. The kids are going to FLIP when they hear about this!

Wear this shirt: when you want to loot and plunder the office fridge.

Don’t wear this shirt: if you’re a member of the MPAA or RIAA.

This shirt tells the world: “Avast!” or “Yar!” or something pirate-y like that. 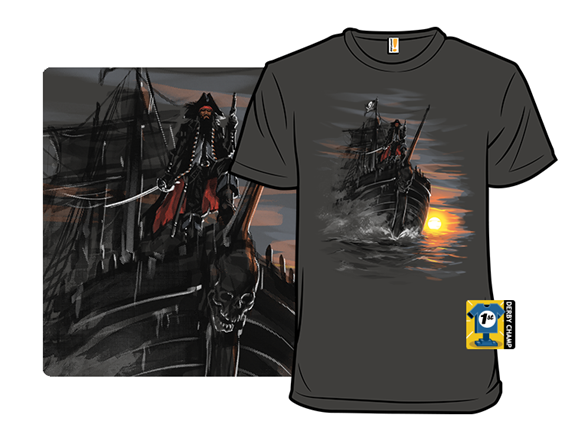 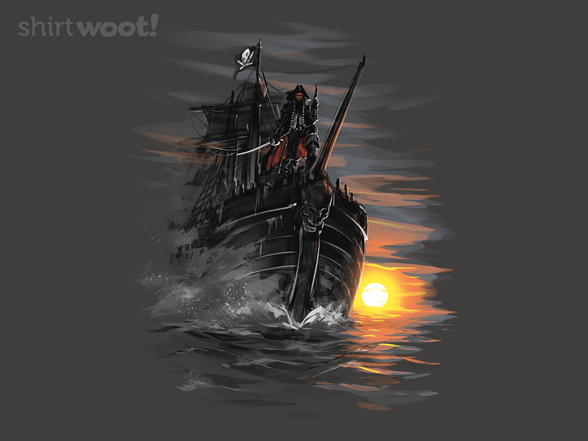 I’d be more upset about Patrickspens plundering my pocketbook with all his derby wins, but he’s just so NICE about it!