Hey, did you hear that? It sounded like… nah, couldn’t be. Ralph vanished about three months ago.

But… wow, that’s EXACTLY the song Ralph used to sing when he was claiming territory. I used to tease him about it when I was sitting in the tree my father left me. I’m a pretty powerful bird, you know. But it’s the weirdest thing, now I’m remembering a time when I was just a little fledgling, and there was a song just like this, all around my father’s territory. Of course, he flew out to find the singer, but he never did. Eventually, he just gave up, and lost all the land he had meant for me. Not even a single tree. I had to go out and claim it all myself. That’s right, everything I have, I earned. Say, there’s the song again! I swear it’s familiar.

Yep, I bet in another time, another place, I was a pretty powerful bird. Maybe I even had some enemies. Hey, wouldn’t it have been funny if one of those enemies was named Ralph? And he found some kind of tesseract feeder that let him go back and forth in time? Of course, I never met anyone named Ralph. I’ve always been living in this garbage dump. But still, it’s fun to dream. Imagine if a simple bird’s song could change time? Ah, well, I’ve got to get back to whatever it is I do here. Sorry if I’m a little distracted, someone pushed me out of the nest when I was little. They say he had a song just like… wow, like that one! That’s EXACTLY the song that bird used to sing when he was claming territory! Sure wish they’d learned his name.

Wear this shirt: about thirty times, until it starts to fade. Then if you take a photo of yourself in soft lighting it will look like you’ve got a Picasso on your chest. Of course we don’t know what you’d do with a photo like that, but at least you’d have one if you ever needed it.

Don’t wear this shirt: inside out. We have no idea what would happen but it seriously might kill the whole world.

We call this color: Royal Blue-board 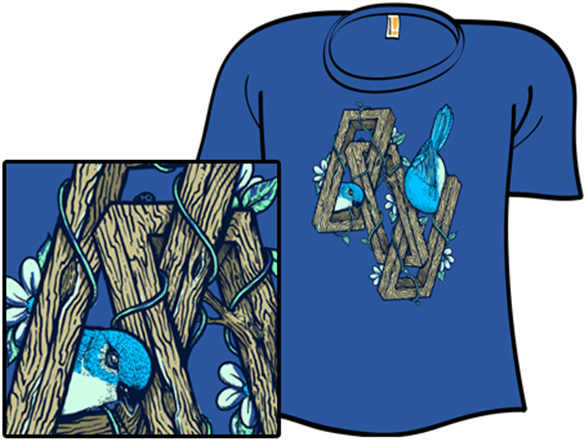 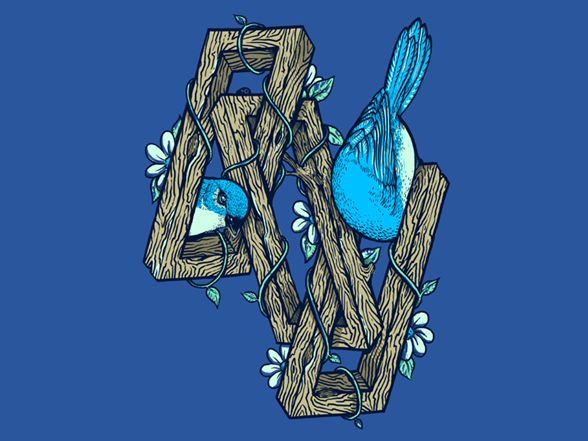 Alex Solis and tide waits for no man. So if you’re not on time, don’t even bother. He’ll be in the bar.