They just don’t make ‘em like they used to.

Maybe it’s just my opinion, but BLT was the greatest anthropomorphic food sitcom in history up to a point. Seriously, the casting was phenomenal. No three actors have worked together so perfectly, and that’s including those cheesy amateurs on Bree’s Company. Their timing and precision made every season a flavorful experience you want to savor. And, I mean, how great was their landlord, Mr. Bread? And their nosy neighbor, Mayo, who was always trying to get them into trouble? That lady shoulda won an Emmy.

Once Bacon left the show for health reason, though, it just wasn’t the same. You can’t just recast the best part of a show and expect people to stay interested. I’ll admit bringing in Turkey Bacon as his redneck cousin was palatable at first, but his performances only made viewer miss the real thing more. It was no wonder he quit in a hurry. And don’t get me started on the introduction of Veggie Bacon. If I were Lettuce or Tomato, I’d have walked off the set, too.

Still, if you don’t count that, those first four seasons rank right up there with M*A*S*H*E*D* and Beers as far as television greats go. It’s a shame more people aren’t hungry for entertainment like that anymore.

Wear this shirt: while wondering how you might view your BFFs if you were stranded on a desert island with no food.

Don’t wear this shirt: while visiting a Club.

This shirt tells the world: “Keep your friends close and your condiments closer.”

We call this color: Sandwiches Always Make Me Grassy 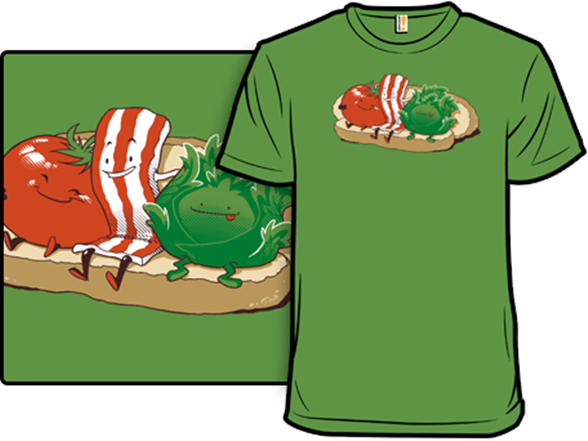 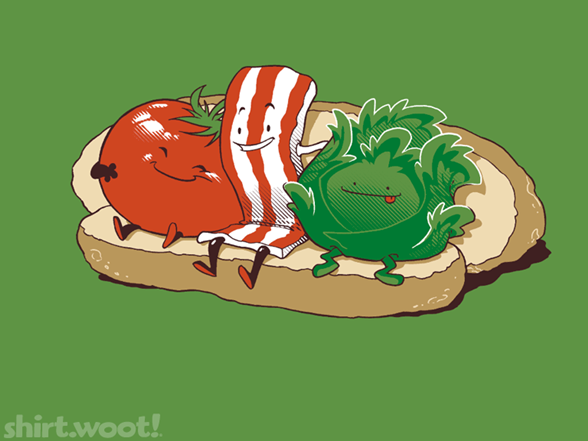 If only DoOomcat could work out her differences with PeAcedog, then maybe the world would be a better place.