It is written that to every thing there is a season, and a time to every purpose under the heaven. This is great and timeless wisdom. But on a planet just 25 feet in diameter, it would be meaningless nonsense.

For one thing, how could seasons exist at all when the side of the planet tilted sunward is like five paces away from the side tilted toward cold, lifeless space? On such a world, there would only be one season. It might be called “Sprinter,” or maybe “Endless Summer,” assuming this teeny, hypothetical planet orbited outside the reach of surf documentarian Bruce Brown’s lawyers. The point is, whatever this single season might be called, it would be the only one there was, all year.

Not that it would matter to the planet’s human inhabitants. For them, there would never be a season for sowing, or for reaping, or for mourning, or for dancing. Instead, all Sprinter, every Sprinter, it would always be the season for freezing, for suffocating, and for floating off into space. It would be too bad for them, but their tiny planetoid would lack the necessary gravity to maintain a protective atmosphere, or to keep their feet stuck to it.

Maybe, on such a planet, we could keep the lines from Ecclesiastes and the Byrds about a time to die and a time for casting away stones. But the rest of the text would cease to apply.

Wear this shirt: when you feel like confronting your mortaliTEE, haw, haw.

Don’t wear this shirt: to our birthday party; you’ll bum us out.

This shirt tells the world: “Keep on truckin’ (inexorably toward the grave)!.”

We call this color:  A Time For Asphalt 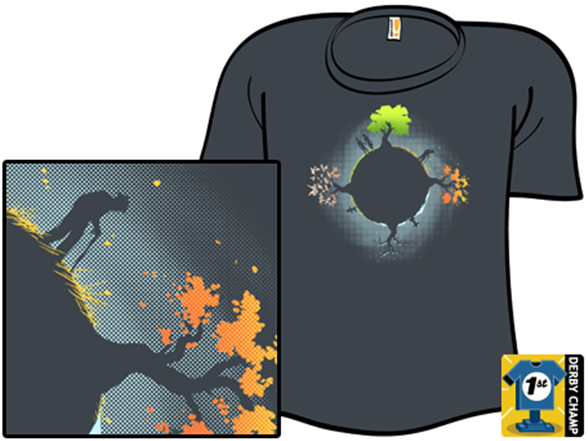 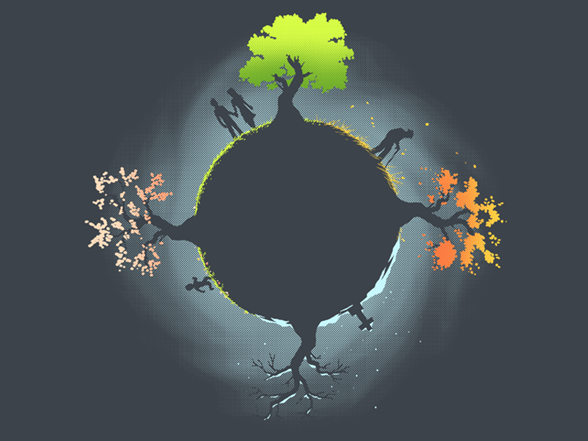