In 1967, The Rolling Stones released the misguided classic Their Satanic Majesties Request. It sold well, then condemned as awful, then rediscovered, then ignored, and now there are people who think it a cooler album than Sgt. Pepper. All it took was time, consideration, and the appearance of Charles Manson, who forced the whole world to rethink the phrase “followin’ your own trip, man”.

Much like that psychedelic classic, this shirt mixes joy with darkness to bring about an uncomfortable trip. Why is there no arm? Where has all the light gone? What tragedy has occured to bring the darkness that is being redeemed by the gentle rainbow light? Just like the Stones, you’re on the cusp on a breakthrough, and one day, people will mark this shirt as the jumping off point.

This shirt was designed by: Freshfauxx, a 22 year old doing fun things in Toronto. Which may soon be a little more boring, since it is now cheaper for the movie industry to film American movies IN America. Take that, world economy.

Wear this shirt: when you’re sitting at a piano with a bottle of whiskey, picking out the notes that will become the sound that leads to the best three albums you’ll ever make.

Don’t wear this shirt: if you’re going to go through our descriptions looking for secret messages tell you to begin your worldwide rampage in our name. We want everyone alive so that we can sell them shirts.

This shirt tells the world: “Duuuuuuuude.”

We call this color: I See A Red Door And I Want To Paint It Black 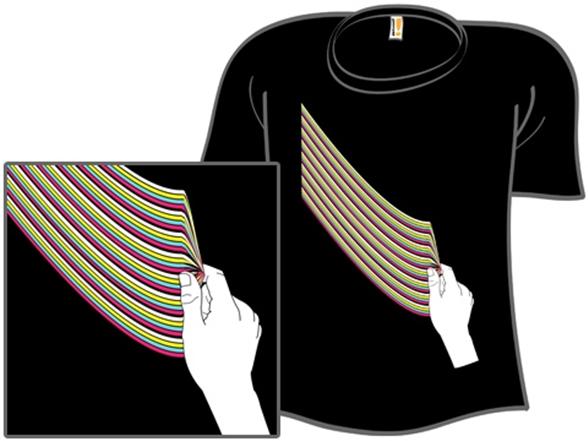 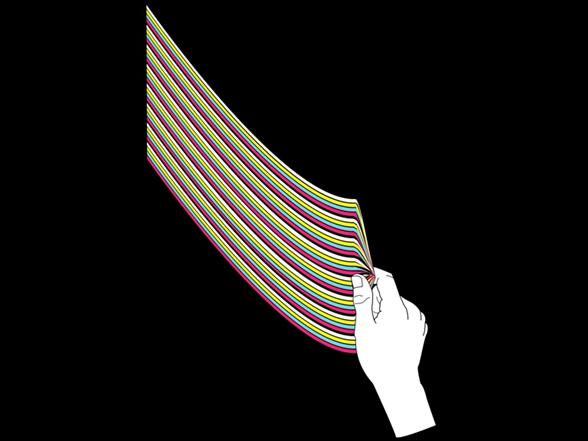