Alberto entered the room, sweat beading on his brow. With hands clenching spasmodically, he wrung the brim of his peaked cap as he approached the long, low desk.

The young Sicilian chewed his lip as he sat. The boss had never talked to him like this. Maybe he was finally getting the recognition he deserved in the family.

"I did it like you told me to. I did it real good." Alberto's face broke into its natural smile. The man behind the desk remained silent. His chair creaked. Then:

"Say what you just said. Again."

"I just said…I said…I did it like you told me to."

"And, umm…" Alberto was shaking visibly now, the brim of his hat destroyed. "And that I did it real good." Silence again.

"You come into my home. And you end a sentence with a preposition?" The man said, swiveling in his chair.

"No. You didn't. You didn't think. And what have I told you about using 'like' as a preposition…? And 'good' as an adverb?" The man pointed to a shadowed figure behind Alberto, and the young Sicilian slumped in his chair, a pool forming at his feet. 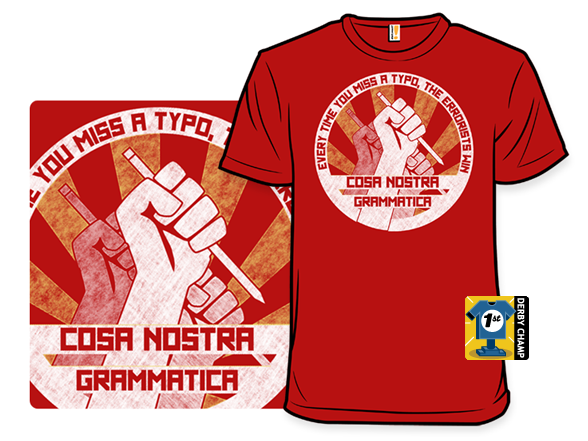 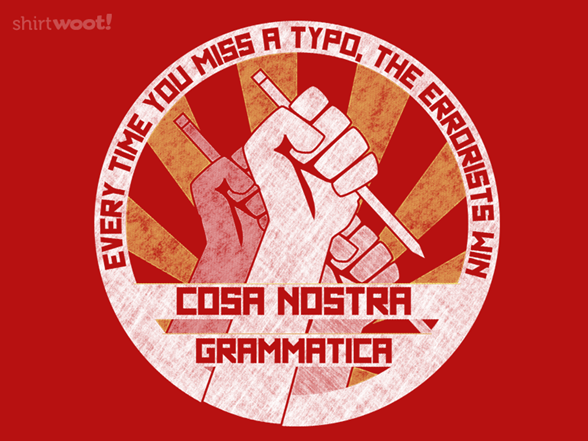 feelinggroovy was born in the Old Country, but escaped prison at the age of 4 and set sail for America.