There! The King of the Octopi holds his scepter! Look how proudly he fights for his people against the Swallow Alliance! This is a war that stretches back for thousands of year, since the first monkey crawled into the ocean and the first whale grew wings. As the waves crash, the final battle begins, both sides prepared for the battle that will decide, once and for all, what creature holds dominion over sea and sky!

Oh, yeah, and for some reason there’s a pirate in the middle.

This shirt was designed by: Jimiyo, who is an artist talented enough to make us like pirates again. Keep in mind that you probably are not. We’re sorry, we love you, but that’s just a fact. A fact as cruel and cold as the sea itself.

Wear this shirt: under an Armani jacket. That way you’ll look good when you meet with your internet buddies to download their zero-day releases… all the while secretly working for the RIAA. It’ll be like a digital Miami Vice. You’ll have your own theme. On keyboards.

We call this color: The Governor’s Daughter Was Named Heather Gray/She Begged Me To Bring Her Some Dates/But Once I Arrived At The Edge Of Her Harbor/I Found I Preferred Me First Mate 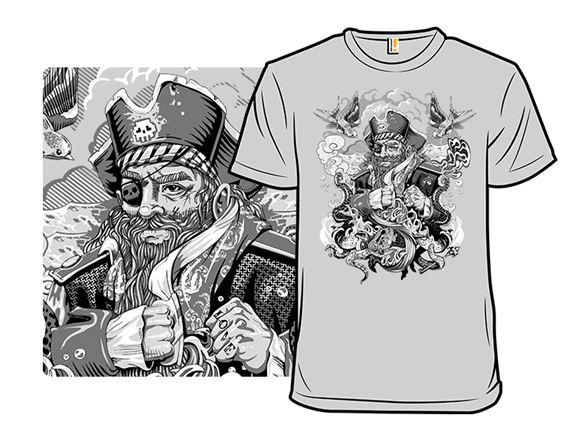 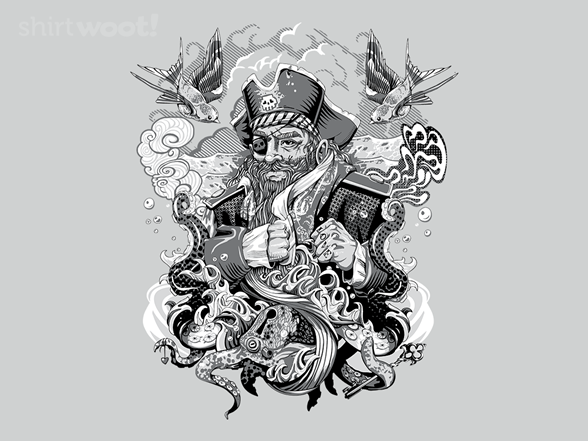