Yarrr. There we was. It must’a been a thousand calories, easy.

‘Course, we’d been on the high seas fer nigh on six months, so we was itchin ta see them Sugary Woods again. But then, Diabetic Pete began to get the shakes. “C’pin,” he said. “Me blood don’t feel so good!” An’ we all said a silent prayer to Neptune that he’d get us there in time.

But the C’pin, he ain’t superstitious like we is. I remember that slow walk he had, the big, solid boots like hammers in the deck. The C’pin took that wheel in his big hands and said “Pete, I don’t recall giving your soul leave to disembark.” And then, he turned that wheel so sharp I think we crossed the whole island. I remember as we passed the The Cape Of Cherryontop I was squeezin’ One Eyed Larry for dear life, and he was squeezin’ me right back just as hard! I heard the crunch of the water against Wafer Ridge and I knew then what the C’pin was planning. “Hold on, Pete!” he yelled against the wind. “Just a second longer!”

The ship was ravaged, but none of us cared about that. We threw Pete into the lifeboat and let it drop free, and when it splashed into the water, a few of us jumped down after it. The C’pin sliced a rope and made a broad swing into the stern. “With yer backs, lads!” he shouted, and we rowed like demons for the shore. Pete was just hangin’ on when we threw him into the mousse, but sure enough, he popped up just fine a few seconds later.

What’s that? You say me story’s not medically sound? Arrr, you best be glad the C’pin’s not here, landlubber, or ye’d be finding yerself stranded on Sprinkle Beach with naught but a strawberry soda fer company! Away with ye! Men are drinkin’ here!

Wear this shirt: on a Sunday.

Don’t wear this shirt: to surgery. There’s nothing under that x but you know doctors, they’re going to want to look just to be sure…

This shirt tells the world: “Isle scream, you’ll scream, but eventually, we’ll have to accept they’re not coming with help.”

We call this color: Add A Few Heather Gray Napkins And This Place Could Get A Michelin Star 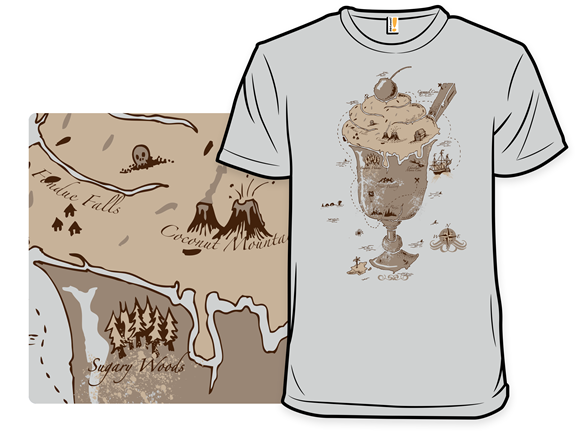 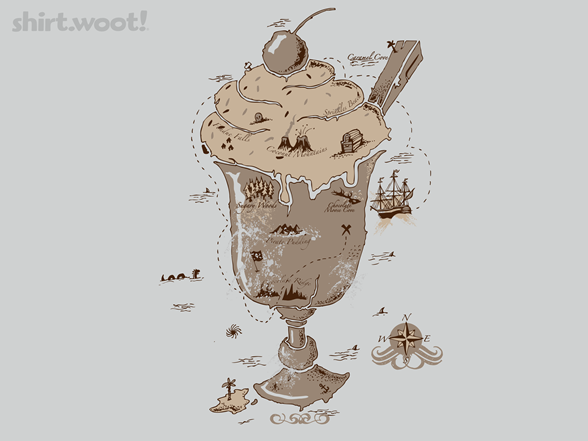 If Wotto was standing on his head, his name would be offoM. Also if he was reading this aloud he just got sent back to his home dimension. Tricked you again, Wotto!