Whatever doesn’t kill us needs an upgrade.

At first, it was a little robot that emptied the trash. From time to time it would get lost and people would laugh and take pity on it. Eventually it got a few extra chips, the ones that had just been lying around doing nothing. The scientists patted it on the head and wished it well.

Before long, it was taking cups that were half full, right out of the hands of people who were using them. The engineers thought it was hysterical, how it was so proactive. They added a few more arms and a backup brain. They began saving money on janitors and all got raises. They got a grant to develop further. A few designers pitched an ultra-modern new look.

Then they laid off the garbagemen and went city-wide. They promised a cleaner place to live, free of garbage. They had parameters and specs that would eliminate the rats and bedbugs. But that first morning, when the beast arose from the undersea laboratory, the city trembled in fear.

Thankfully, though, it all worked as planned and nothing went wrong at all. And that was because they spent a lot of money on programmers and had a bunch of benefits and a fun workplace and also a sufficiently long beta period with experienced testers. And the garbage free city lived happily ever after!

Wear this shirt: when you take Manhattan. As a warning to Berlin.

Don’t wear this shirt: while dressed as a giant monster. That’s like wearing a Redskins jersey in Dallas. You just don’t DO that!

We call this color: Heather Gray 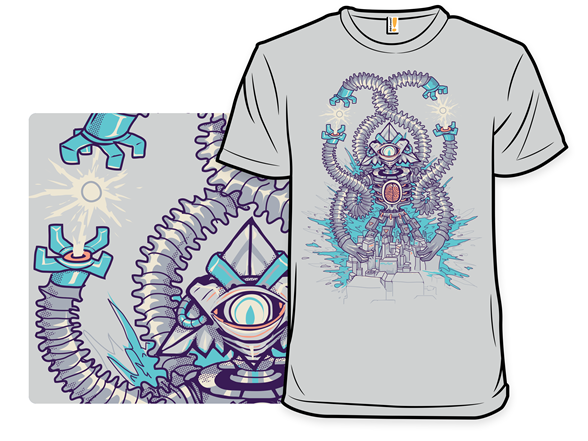 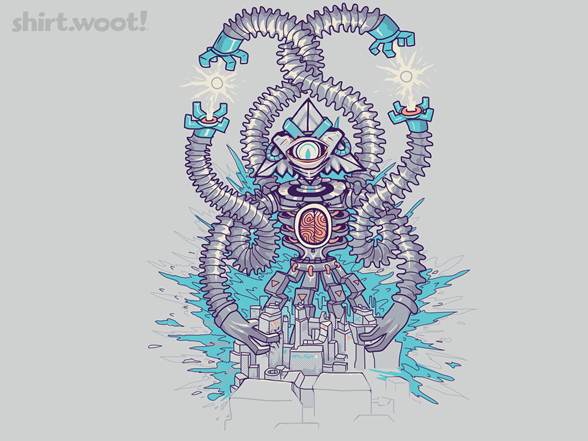