It’s a scathing commentary on the current geo-political unrest of the Mushroom Kingdom.

Koopsy, the enigmatic lightning rod of the Mushroom Kingdom’s art world, made quite a stir with his latest print. Critics have praised the work as “stunning,” “powerful,” and “thought-provoking.” The piece depicts the nameless mustachioed man who has several times materialized from parts unknown to terrorize the entire kingdom in a misguided attempt to “rescue” Princess Toadstool.

His guerrilla wars against the Bowser dynasty, one of the kingdom’s oldest and most influential families, have cost the lives of countless goombas, koopas, shy-guys, and cheep cheeps. Visitors to the gallery are divided in their opinions.

“I think it’s really thoughtful, y’know? It’s like, why can’t we give peace a chance? How ‘bout instead of throwing hammers we throw flowers?”

“This is incredibly disrespectful. My husband was knocked off screen by one of the fire balls those flowers produce and I just- I’m sorry, I can’t continue. I need to go.”

The piece will be hanging in the World 3-4 castle for eight weeks as part of an exhibit, unless of course the plumber from hell arrives and destroys the whole thing.

Wear this shirt: While filming a documentary to prove that you actually exist.

Don’t wear this shirt: If you’re into counter-culture art, because this is pretty firmly moving with culture.

This shirt tells the world: “What the world needs now is more firepower.”

We call this color: Slatesy 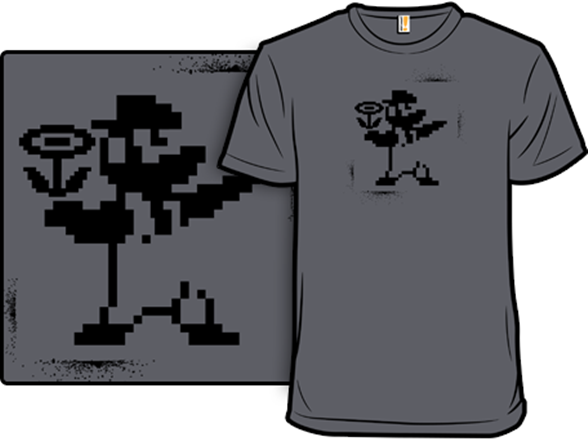 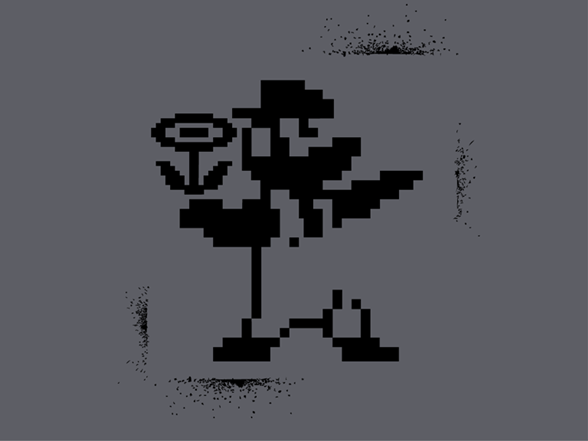 Dann Matthews doesn’t care if you exit through the gift shop or not. He just wants you to get the hell out.