Twenty years ago they fell in love. And now, they’ve got a little tied-up bundle of trouble.

Oh, it could be worse, certainly, but, well, teenagers, right? They think they’re immortal. They turn up the music, show no respect for authority, forget to open the jars of blessed oil, don’t feed the undead cat, running around like a little god-king, honestly, some days you’d choke the life out of them if they still had any. But what can you do?

Today that couple can only shake their heads and smile. They were young once too, after all. Before that evil wizard awoke them from a restful slumber and sent them out into the world in a shambling mockery of life. But that’s just called “being a grown up”. The kid will get there soon enough.

This shirt was designed by: Dale Edwin Murray, a freelance designer living in East London. We assume this means he’s in a band. They’re all in bands in England. And they carry knives. So watch yourself.

Wear this shirt: on Mummy’s Day. And if you don’t get special shipping to get it to you faster, that’s probably when it will be arriving. Listen to that yellow box. Or maybe it’s an orange box. Or maybe they forgot the box today. We really don’t talk to the box design department very much so we never know what they’re doing. Just use special shipping if you want this shirt by Halloween.

Don’t wear this shirt: cut up into little strips wrapped all over your body. No one will be able to appreciate it that way. Poor Dale worked hard on this shirt, you could at least show it off.

This shirt tells the world: “I’m looking forward to watching the all-new ‘Thundercat Babies’ this fall on CBS!”

We call this color: Black Mummy Was Never As Popular As Blacula But He Found A Nice Life In The Industry And Now Works As An Agent Helping Rising Black Monster Actors Avoid The Mistakes He Made 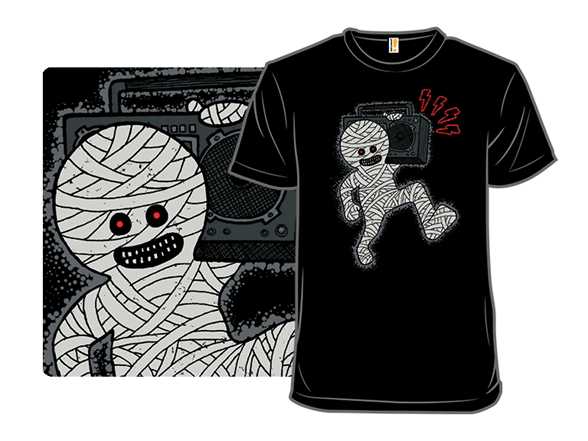 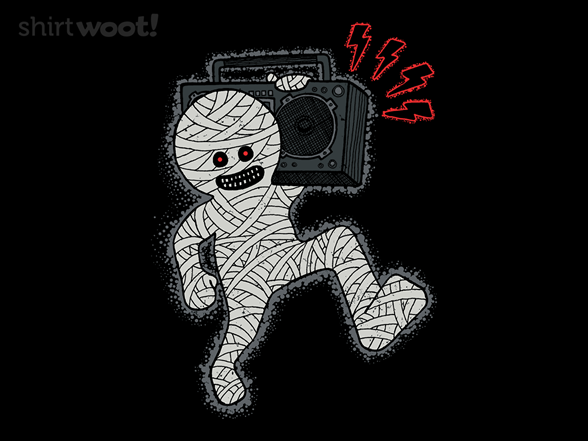