The Last Words Of Reginald Merriweather Horkenspackle, Arctic Adventurer and Certified Public Accountant, Just Before His Entrails Were Torn and Consumed From His Torso, As Recorded By His Assistant Jim, 1912

Zounds! Do you spy what I have, Jim? Why, it’s the noble Ursus maritimus! And, look, see there? It seems the incredible beast procured itself a fetching little bow. How very strange indeed! Perhaps some as of yet undiscovered civilization in this region has tamed the creature and have trained it to lead visitors to their village. It’s the only theory that makes any sense! Indubitably!

What’s wrong, faithful Jim? You can plainly see the bear is a friendly one! Why else would it have a bow on its monstrous head? Come along! Ugh, fine then, I’ll go first. Honestly, what’s the worst that could happen?

Wear this shirt: if you’re still not over Lost being finished and need something to catch your confused, unexplainable tears.

Don’t wear this shirt: if red ribbons always remind of that one girl from high school. You know, the one who always wore her hair in a ponytail done up with a red bow that wouldn’t acknowledge that you existed at all even though you sat behind her in English class like three years in a row. Remember how you finally took a chance and ask her to skate during couples’ skate and she just LAUGHED AND LAUGHED then skated with that jerk Robbie who gave you swirlies every other Thursday after gym class and how you wanted to cry all through Tears For Fears’ “Everybody Wants To Rule The World” but you didn’t because you wouldn’t give her the satisfaction? THAT’S RIGHT, TRISHA! I STILL REMEMBER ALL OF IT! AND NOW I’M A BIG SHOT COPYWRITER AND, ACCORDING TO YOUR FACEBOOK PAGE THAT I RARELY EVER LOOK AT, YOU’RE NOTHING BUT A “SOCIAL MEDIA GURU”, WHATEVER THAT MEANS! I GUESS THE JOKE’S ON YOU, HUH?

This shirt tells the world: “Hi there! Have you met my friend Incredible Pain?”

We call this color: Like White On A Polar Bear’s Butt 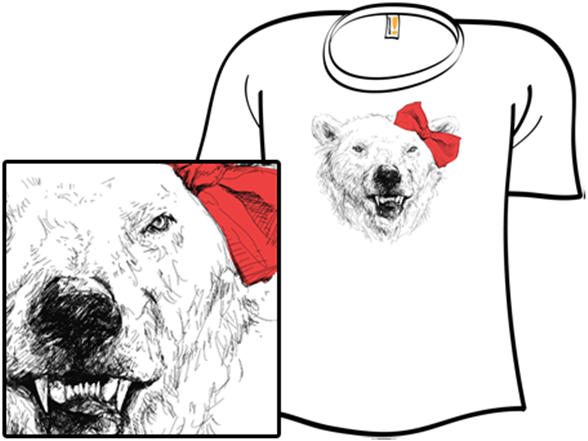 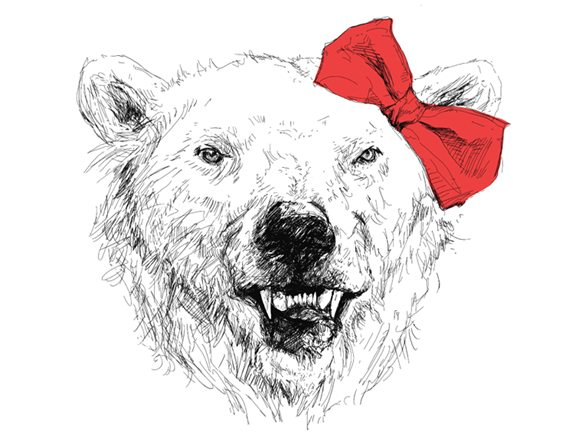 Hillary White’s shirt features a white polar bear on a white shirt. Coincidence? I think so. I mean, probably. Certainly there’s a chance it could have been planned, but I doubt it.