Once upon a time there was a house that nobody wanted.

When the last nail fell into place, 931 Chestnut opened its eyes for the first time. The lawn was loose sod and the paint was half finished, there were no trees and a portable toilet across the way, but 931 Chestnut didn’t care about all that. Because 931 Chestnut knew that one day the lawn would be green, the road would be clear, and a family would be warm and happy between its walls. And until that happened, 931 Chestnut could endure the wait.

But something happened far away from that little yard, and the weeks became longer and longer. 931 Chestnut felt its pipes begin to expand, and saw the grass begin to go unkempt. The roof began to expand and leak, the concrete began to split and shatter, and each day 931 Chestnut looked down that empty road and thought “What did I do? Why don’t I have a family?”

After six months, a man came to the door with a sign. 931 Chestnut hoped it said “Sold!” but instead it said “No Trespassing!” And then the man drove away, and 931 Chestnut was alone.

It was on that day when the first little squirrel was born in the attic insulation. 931 Chestnut didn’t know it yet, but the family it always wanted had moved in.

Wear this shirt: and buy an extra for a friend.

Don’t wear this shirt: and be a lone wolf. Lone wolves are too 80s. 21st Century society’s about working together.

This shirt tells the world: “None of us are as strong as all of us.”

We call this color: Baby Blue Skies Ahead 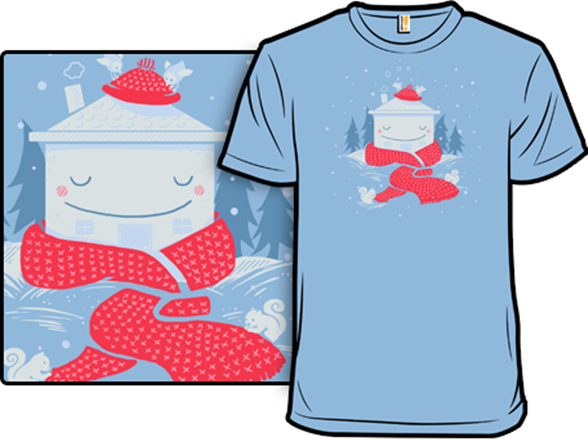 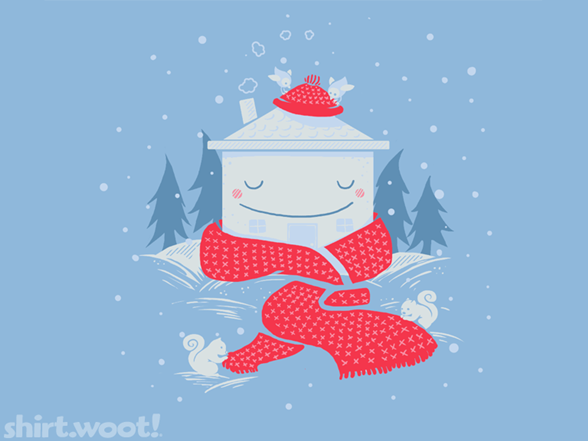 Littleclyde is from Hawaii. So if the snow doesn’t look exactly right, that’s why.