Oh, man, I was up late last night, you know, reading the public domain fables built around the myth of the hero which have been passed down from generation to generation and are older than any one person’s interpretation of copyright law, and I got this great idea for an epic about snacks.

First, there’s this slice of angel food cake, you know, that wants to be more. He wants to go out and join the strawberry league and defend the universe. And then one day, these two chocolate coins show up outside his house. So he goes with them to a club to meet this dark chocolate candy bar trucker, only on the inside the candy bar is pure marshmallow but we don’t know that right away. Oh, plus the candy bar travels with this cookie, a soft cookie… let’s just call it chewable for now. And they all go off to find their destiny.

Anyway, they eventually reach this planet where these elves who live in the trees help them beat off the tyrannical broccoli that’s been causing all the trouble, and we find out that the angel food cake has learned how to be a real fighter, because he saves everybody! Doesn’t that sound great?

And hey, if you like that, you’ll love the idea I’ve got for the story of how they were all baked. It’s six hours of all these alien cooks reading recipes to each other, only everything in the kitchen is computer generated, and at the end, we zoom into the oven and there’s fire everywhere and it looks really cool, but you only see that for the two minutes right before the credits. Doesn’t that sound fantastic too?

This shirt was designed by: twallis, who knows that the milk in the glass was the cousin of the butter that went into the cookies even though they never actually met except for once in the grocery bag but that was from the Marvel comic so it probably doesn’t count.

Wear this shirt: to a Kurosawa film festival. Yeah, we’re rubber, you’re glue, pal. You ain’t no paladin either.

Don’t wear this shirt: if you work at a ranch. Bunny, dressing, Dorito Cool, we don’t care. Just wear a different shirt to work. We’ll all be happier.

This shirt tells the world: “If you eat one fresh from the oven remember not to ruin it for the people waiting for them to cool by posting spoilers on the Internet.”

We call this color: Brown Harvest 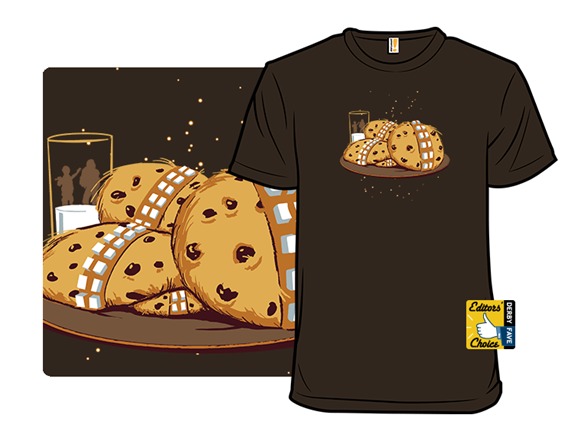 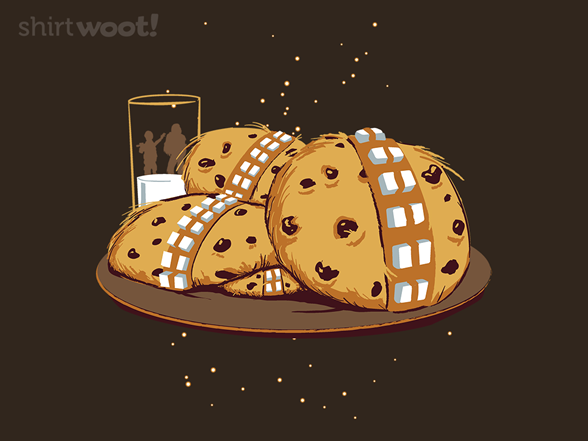