This is G. His name has been altered to protect his identity. Yes, we said that unironically, as if you wouldn’t be able to spot a 6-foot-tall purple gumdrop in his small Midwestern hometown.

“I was always kind of a husky kid. I played sports and all, but I definitely liked video games more. And my parents enforced a strict limit of two sodas a day.”

G weighs over 540 pounds. He is only 25, but suffers from hypertension, Type II Diabetes, elevated cholesterol, gallstones, Gout, sleep apnea, and has recently suffered a mild heart attack.

“It’s really scary; all I could think about was how they would have to knock down the wall to get me out. I realized then that I needed help to change my life around.”

That’s when G contacted doctors at Brentwood Hospital with a plea for help.

“The email was nearly unintelligible. Come to find out, his fingers were too large to properly operate a keyboard.”

Dr. Nathaniel Morrow and his colleagues immediately went to work devising a weight loss plan for G. They focused on reducing the amount of calories G takes in and increasing his physical activity to burn more calories than he takes in, because this is the only thing that actually causes healthy weight loss. Seriously. Pills, special meals, and energy drinks don’t. If you really want to lose weight, eat a little less and move a lot more. Also, eat more vegetables than anything else.

Unfortunately, G began suffering chest pains, which led doctors to recommend a bypass surgery. When they opened G up on the operating table, they were shocked at what they saw.

Wear this shirt: To the gym. Everyone will smile knowingly.

Don’t wear this shirt: To a Burger King. Those guys are uptight about competition.

This shirt tells the world: “I’m not CRYING on the inside. I said ‘DYING.’” 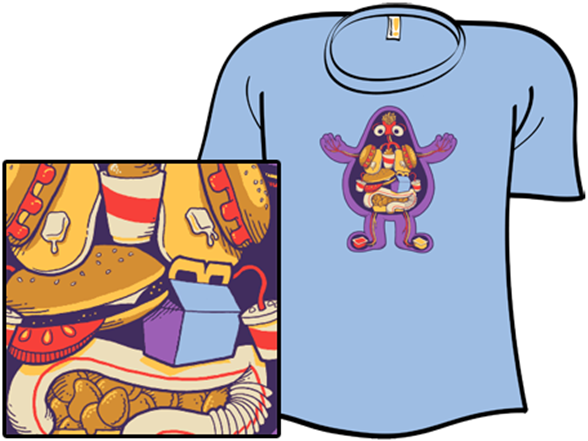 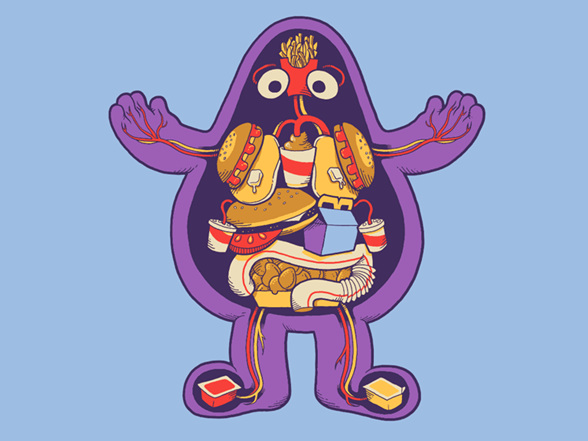 Glen Brogan’s commitment to literalism meant he could never ever have a happy meal. He did enjoy several surly dinners, though.