You think Teddy Roosevelt was tough? You ain’t seen nothin’.

Distinguished members of Mrs. Gisburne’s Fourth Grade History Class, I present to you a portrait of Abraham Lincoln unlike any you have ever seen, due to the “lamestream media.”

Born of a tryst between a beggar woman and Thor, Lincoln grew up in the wilds of Indiana and Illinois. As a boy he was unaware of his fantastic heritage, but the only thing he was ever aware of was the insatiable bloodlust coursing through every vein, muscle, and fibrous sinew of his being.

He traveled the country, killing any man who dared stand in his way and feasting on the burning remains of any town that opposed him. Upon finding man an unsuitable opponent to fully exert himself, Lincoln began turning his sights to bears, which he wrestled; eagles, which he leapt up and snatched from the sky, and alligators, which he would drown.

Eventually, drunk on power, Lincoln commandeered the entire US Government, seeking to extend the reach of his brutal totalitarianism across the globe. He immediately ordered the pillaging of the secessionist South, and is said to have cackled maniacally while Atlanta burned.

Luckily one brave man had the fortitude to stand before this megalomaniacal tyrant, and John Wilkes Booth saved the American people from an eternity of darkness under the iron-fisted rule of “Enraged Abe.”

Wear this shirt: To your community theatre’s portrayal of Our American Cousin. What’s the worst that could happen?

Don’t wear this shirt: Anywhere near George Washington. That guy doesn’t mess around.

We call this color: Asphaltinated (Too soon?) 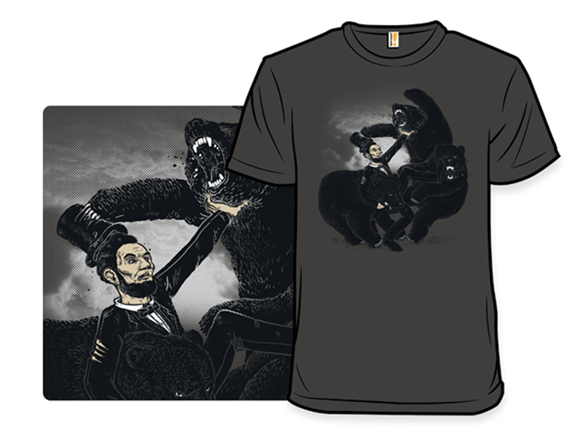 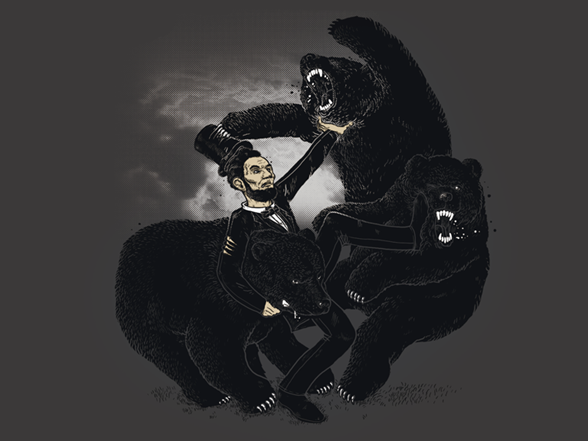 Despite all the great things Alex Solis accomplished in life, historians can’t stop fixating on the rumors swirling around his personal life. Us either.