He was just a simple slice of bread, traveling with his loaf to start a new life in the place they called “The Wild West”. They caught up to his wagon just outside of Kansas. Kid Marmalade. Jesse Jam. Pat Butter and Layer O’Cheese. They took everything he had. Crumbled up his family and left them for dead. Only he wasn’t finished with them yet.

As he lay there on his back in the hot sun, that simple slice of bread pledged he would find those men and take revenge, making sure that no one would ever again suffer as he suffered. It was by will alone that he managed to flip over on his belly and drag himself to the Indian village, and by the time he passed out, he was something he never expected to be. Something dark and versatile and hard on both sides. Something that could thrive in any climate, from breakfast to tea, from spaghetti to egg salad, from the first day of a supermodel’s crash Hollywood diet to the final bite in the largest dinner of the most gluttonous gourmand.

No one knew who he was. All that mattered was who he became.

This shirt was designed by: David Szebenyi aka Aman. He’s Hungarian, like Jamie Lee Curtis, Tony Curtis, and that guy Curtis who runs the gas station out by Route 17. Man, that Curtis sure can make himself a mess of Hideg meggyleves, mmm MMM!

Wear this shirt: when you want your significant other to pop the question. Nothing is more exciting than watching someone propose a toast.

Don’t wear this shirt: in place of a parachute while attempting your very first HALO jump. Other than that, it would probably work anywhere.

This shirt tells the world: “Change might be hard, but sometimes it makes you a little better.”

We call this color: In Another Life, Perhaps I Was Someone Named… Brown. But That Someone Is Gone Forever. I’m All That’s Left. 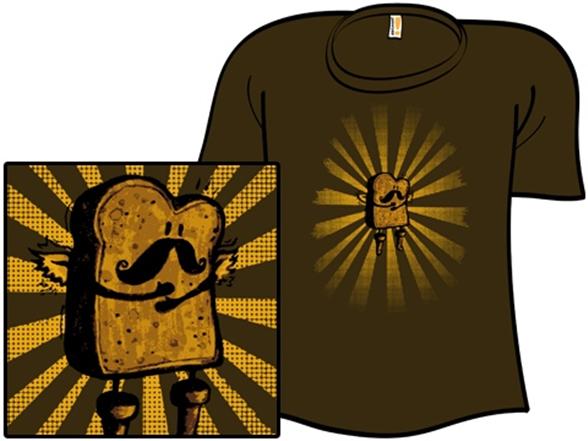 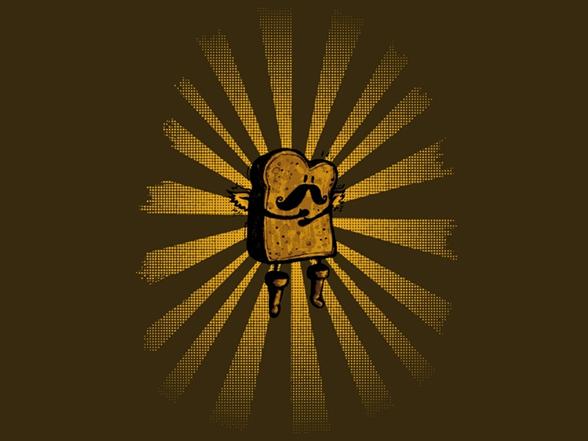