They’re trained in underwater demolitions and flipper-to-flipper combat. They’re proficient with a variety of small arms, as well as with those things that have the bicycle horns on them. You know those things? All Seals are expected to be able to perform a small repretoire of pop standards on those by honking the horns with their noses.

Complete strangers to fear, they scoff at danger and poke death in both eyes with two fingers like how the Three Stooges used to do to each other. They undertake impossible missions in extremely inhospitable environments, protected from the elements by nothing more than a thin layer of blubber and nose flaps that keep the sea water out of their sinuses.

And why? It isn’t the promise of glory or wealth that makes these warriors do the things they do. No, they’re motivated by things like honor. Things like duty.

And, of course, things like herring. You can get them to do basically anything for herring.

Wear this shirt: in the sea or in the air if you have occasion to, but we’re going to go ahead and guess that you’re the type to do most of your shirt-wearing on land.

This shirt tells the world: “Looks like the club is on the other baby now.”

We call this color: Heather Gray, Not “Navy,” Even Though It Says “Navy” On It. 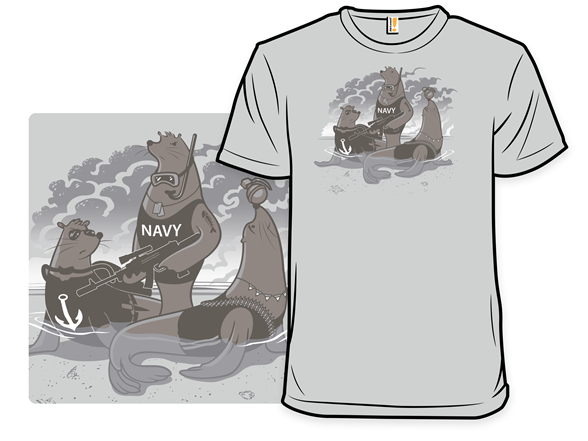 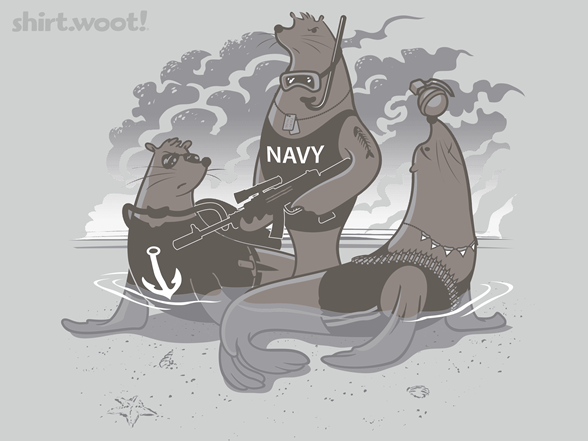 There once was a man from Saline
Who called himself Brian Walline
He submitted to Woot
a Seal shirt so cute
That we decided to print it. Which, if you wanted the story of today’s shirt, that’s pretty much it. But if you wanted a clever limerick, you must be feeling pretty disappointed right about now. Sorry about that.