Somewhere, in the hills of South Dakota, a monument is taking shape.

It’s a project that started in the 1940s, after several owl enthusiasts contacted a Polish sculptor and said, “We would like America to know that owls make great heroes, too.” The site was chosen over some more favorable locations with easier-to-carve rock because of its significance to owl culture. And now, for the last 68 years, teams of sculptors have slowly carved out the form of a large owl from the top of a mountain.

Critics say the memorial goes against the very nature of owls, who often dislike being photographed and certainly prefer not to be hugely visible and climbed on. Still others point at the hypocrisy of destroying the natural beauty of mountains to pay homage to a creature of nature with manmade art. The sculptors have resisted federal funding in order to preserve the true direction of the memorial; they worry that accepting government money would necessitate changes to the design and intended use of the site.

Regardless, the project soldiers on. Slowly, in fits and starts, with no hard date scheduled for completion, the team continues to blast rock in the mountains. They may not live to see their work’s completion, but that won’t stop them from ignoring that it kind of goes against the very spirit of the thing they’re trying to honor.

Wear this shirt: If you like owls. Or rocks. Or owl-like rocks.

Don’t wear this shirt: While summiting Everest. It’s REALLY cold up there.

This shirt tells the world: “What if there were MOUNTAINS that look like OWLS, man?! Would you CLIMB it or what? Ah, crap, I’ve got to find better hallucinogens.”

We call this color: I went there on vacation and brought home a silver of owl rock. 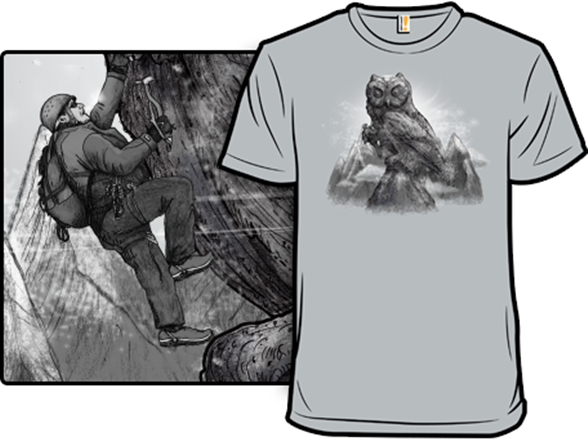 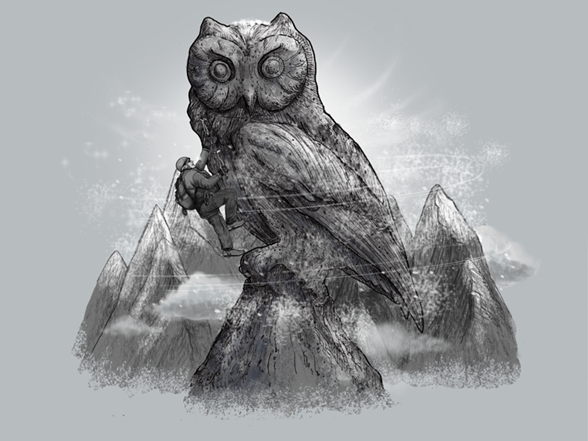 Do you enjoy fabric manufactured with loops that allow it to absorb large amounts of water? Join Terry Fan today and be sure to ‘Like’ us on Facebook!