Owls are the falcons of the night shift. Equipped with low-light optics, an owl can easily spot a field mouse in the pitch blackness of night from up to a mile away. Owls’ wings are as silent as death, and by that we mean the kind of death that comes upon you in your sleep, not the kind of death that happens if you fall into a wood chipper, which is actually pretty loud.

An owl can swivel its head all the way around up to eight times before it gets too tight and spins back to its starting position. Also, owls have long been regarded as symbols of wisdom, due to their habit of wearing mortarboard caps. Man’s fascination with owls goes all the way back to ancient times (for example that robot one in Clash of the Titans) and continued up until last Friday, when the whole owl thing was officially declared “over,” which is too bad for this shirt. We should have run it earlier.

This shirt was designed by: Santiago Uceda, AKA Suceda. Born on Christmas Eve in Lima, Peru, Santiago also lived in the OC back when people called it “Orange County.” Tiring of that tediously leisurely sun-and-seaside lifestyle, he moved to a small college town in Oregon where he remains, as far as the authorities know, to this day.

Wear this shirt: while not polluting.

Don’t wear this shirt: while tending your rodent cages. You will freak those little buggers out.

This shirt tells the world: “Ask me how many licks are required to reach the center of any number of popular candy products.”

We call this color: How Now Brown Owl 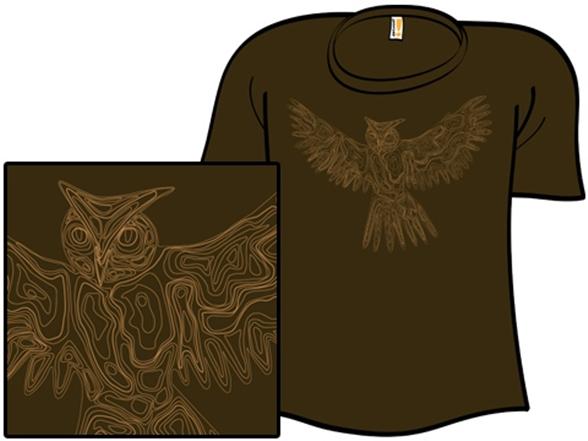 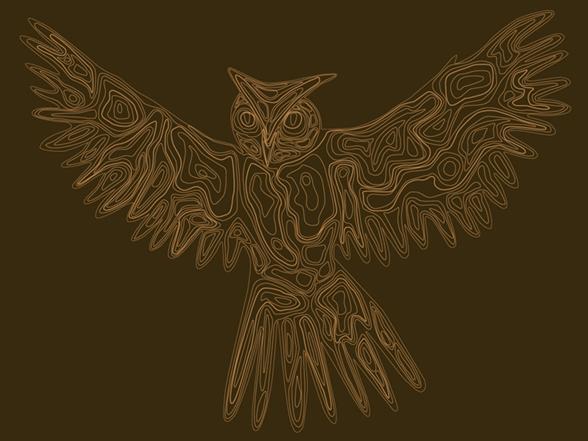