Here are four things that are Japanese:

The Rising Sun military flag of Japan. Atomic dino-monsters that rise from the sea to lay waste to the city. Kana scripts. And adorable manga characters.

But now here’s something American:

Assembling specimens of the aforementioned into a sweet graffiti-lookin’ collage for 3XL t-shirts.

This shirt was designed by: grafxx99, who swore to us that that was his real name, but we didn’t believe him until—and this was a total coincidence—we bought some office furniture from a guy named grafxx98, who turned out to be his dad.

Wear this shirt: with leiderhosen, wooden shoes, a sombrero and Maasai-style lobe-stretchers, just to mix things up.

Don’t wear this shirt: around anyone who can read it, at least until you find out what it says.

This shirt tells the world: “Kimi ga Yo, dude”

We call this color: The Asphalt Broke Apart, Volcanic Fumes Issued Forth, And Out Crawled The Behemoth 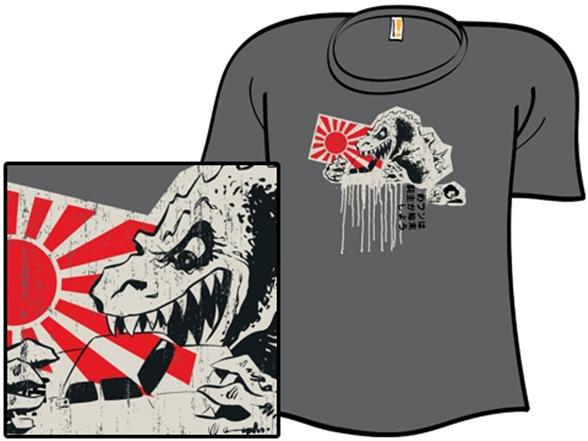 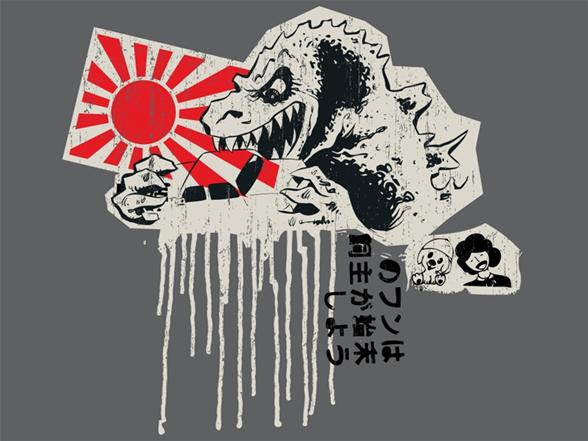