Having been dissuaded from shopping at other stores by their brusque merchants, the unkempt Victorian English urchin wanders up to one last shop.

The gold-lettered wooden sign over the door reads "Idraulico's Curiosities."

The boy pushes open the door and a bell chimes from behind it. Exotic smells drifts from within — scents of spices, leather, peach and mushroom. Undissuaded, the child steps inside and is greeted by a lamp-lit room, flanked by glass cases filled with strange and mysterious items. His glassy eyes grow at the sight of a large black morter shell with a face and white arms, a preserved tortoise skeleton with wings, a white reptile egg with green polka dots, and countless coins.

The young man reaches up to touch a potted flower sitting on the counter, and it snaps at him with carnivorous teeth lining its white-spotted red flower. He is dissuaded from reaching for it again.

"May I help you, my friend?" asks a sweet, accented voice. An small, elderly man has appeared. Tuffs of white hair circle his bald head. Wire frame glasses perch atop his knob of a nose, a white brush of a mustache growing beneath it. His large blue eyes twinkle as he speaks. He carries a big yellow box emblazoned with a question mark, which he had been putting away when the young waif stumbled into the store.

"Hello sir," he squeaks, "I'm looking for a Christmas gift for me mum. She's very ill, and I thought it might bring her some small joy. I don't have much money, but ..." he fishes in his pocket and produces his modest payment.

The cherubic old man shakes his head and waves one hand. Dissuaded, the boy put the money back in his pocket.

"I have just the thing," says the old man, circling behind the counter. He produces a glass bell containing a single flower — a brilliant flower that seems to glow in the dim environment.

"Take this to her," the little man says, "but I would dissuade you from opening it. Keep this blossom under the glass at all times, and be sure never to touch it."

The boy's smile grows into a broad, toothy grin as he accepts the bell. "Yes sir! Thank you sir!"

The bell rings as the boy dashes out the door and into the darkened London streets. 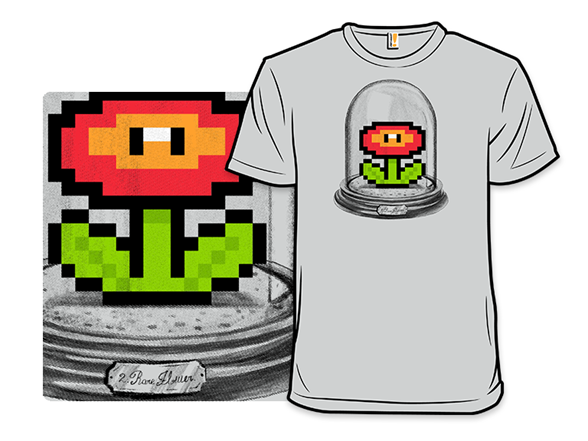 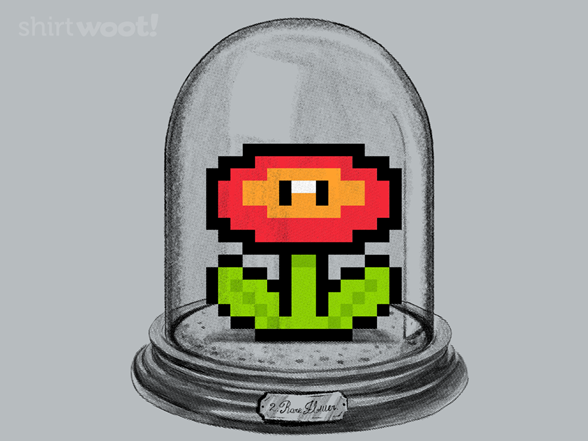 Sarah Kamada is an master of something... prolly.