So there’s a growing force of young Americans who are using the face of Guy Fawkes as a rallying cry to change the world. Let’s break down how we got to this point, shall we?

NUMBER ONE A few dudes plan to blow up the British aristocracy. The police are tipped off, and they move in on the explosives. This Guy with a funny beard is just hangin’ out, guarding them. He’s arrested and put to death.

NUMBER TWO Next year, the aristocracy says “Remember that big party we had last year, celebrating how we beat that Guy? We should do that every year, brah!” And so they do, and it becomes something of a tradition, and that goes on for three hundred years until nobody really cares why it happened.

NUMBER THREE Alan Moore, a grumpy comic book writer early in his career, decides to blow off some steam by writing a dark fantasy where his unstoppable Mary Sue beats up all of Future-Thatcher’s government. The collection sells well among the nerd set and nobody else cares for about a decade. But slowly, the work of Alan Moore and others make comic books into respectable literature.

NUMBER FOUR The superhero is huge! And a corporation that owns the rights decides (against Alan Moore’s wishes) to do a movie version of the comic. They hire the hottest directing team of the year and give it a real budget. It turns out to be just okay, but the suits decide to really push the licensing so they can squeeze a bit more money off those aforementioned nerds. Some guy in Marketing says “Hey! Why don’t we sell that Guy’s face! You know, like on the mask? He died before we invented residuals so we won’t even have to pay his ancestors a thing.” Everyone agrees it’s a good plan, and the masks begin to appear in trendy nerd stores.

NUMBER SIX As the world hangs on the brink of absolute economic collapse, angry young people take up the mask to show they are part of something larger. Guy’s face is now a worldwide symbol for being mad as hell, and ready to shout back against the powers-that-be. The children raised on superhero stories are hoping to make their own myth and overthrow their arch-enemies who live at the top. Just like popular media has taught them over and over during their formative years.

See? The free market takes care of itself!

Wear this shirt: because they confiscated your mask at the door.

Don’t wear this shirt: when you’re going for your security clearance interview.

This shirt tells the world: “You can’t fool all of the people all of the time.”

We call this color: Henry Percy, 9th Earl Of Northum-brown-land 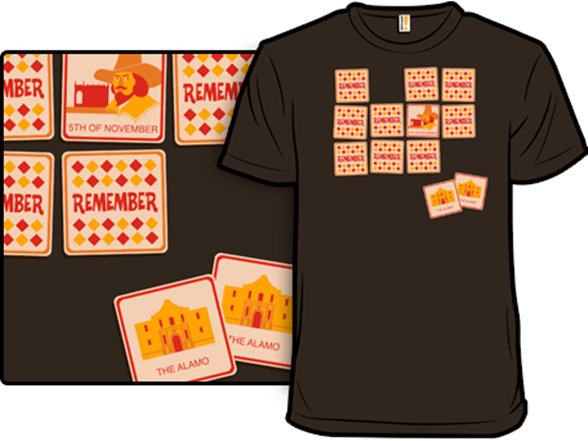 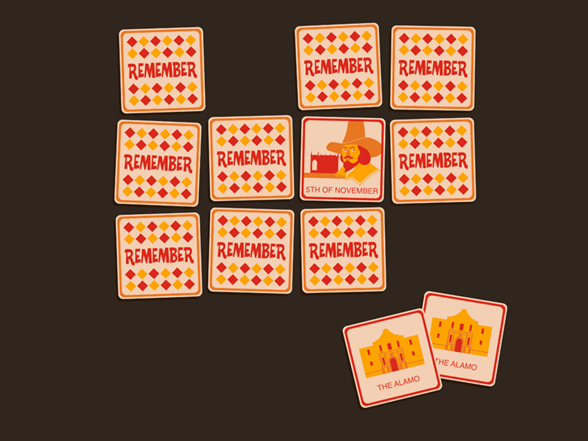 Zack Rock is a very specific style of music aimed only at serious fans of Saved By The Bell ... oh, no, sorry, he’s today’s designer!