Arms are nice and all, but my thing is really flyin’ around chompin’ people. I ain’t against arms, you understand, if that’s your thing, great, but they just ain’t for me.

Most dragons don’t think things through, see. Me, I’m a hustler. I hired these four guys, see, to take care of things. Other dragons, they want to eat, let’s say they’re chasing a sheep, sheep runs into a crevice, baddaboom, dragon don’t eat. Me, I just send down my guys. Wham, bam, we’re all eatin’ mutton in an hour.

People say “But dragon, you ain’t go no arms!” I say, who cares about arms? I got a rep! And as long as you got a rep, you can get guys. My guys know, someone makes ‘em a deal, they come to me. I’ll take care of it. They need a day off? They need more money? Maybe a bigger piece of mutton for the kids? No problem, I say. And so they stay loyal.

But if they ever cross me… well, let’s just say some people get to ride up top and some on the tail.

This shirt was designed by: Mike Myers is tired of jokes about how he stalks Jamie Lee Curtis every October. Also he’s tired of getting phone calls from Dana Carvey asking for work. That’s probably why he goes by slaterock whenever he can. We’re sorry, Mike.

Wear this shirt: if you want to impress those cool kids. It doesn’t matter what you do or where you are. The server room, the circulation desk, the Vatican, somewhere in your vicinity there are cool kids, and if you are wearing this shirt they will find you and be impressed. But don’t wear it twice in a row, then you’ll be “that dork who only wears dragon shirts”. Cool is a science.

Don’t wear this shirt: if you’re trying to scale down this year. Get it? Because dragons have scales. That’s how they know how much they weigh. But they’re very sensitive so don’t bring it up if you see one.

This shirt tells the world: “Why does everything have to be a drug reference with you? This is just like when you ruined Puff The Magic Dragon. Can’t you just let me enjoy this for once?”

We call this color: Olive Those Little Guys Got Eaten When They Asked For Payment In Gold

This shirt was designed by: Mike Myers, who is tired of jokes about how he stalks Jamie Lee Curtis every October. Also he’s tired of getting phone calls from Dana Carvey asking for work. That’s probably why he goes by slaterock whenever he can. We’re sorry, Mike. 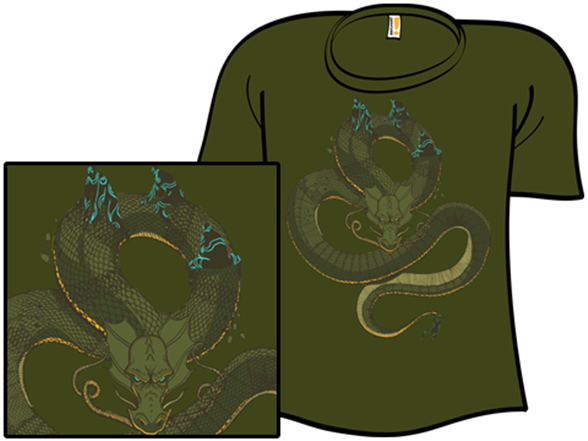 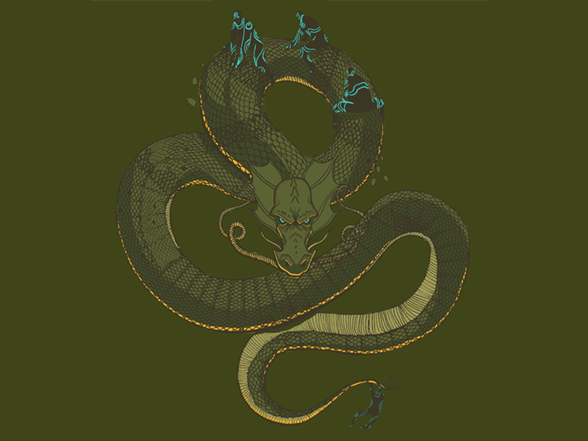 Mike Myers is tired of jokes about how he stalks Jamie Lee Curtis every October. Also he’s tired of getting phone calls from Dana Carvey asking for work. That’s probably why he goes by slaterock whenever he can. We’re sorry, Mike.