Listen, first off I want to congratulate you. Securing the rights to bring “Band of Brothers” to network television was a bold move and a sweetheart deal. And just in time for Memorial Day! I know the series is a little old, but it’s one of those classic pieces that everyone will want to tune in and see again.

I’m just worried that some of the edits we’ve had to make may hurt the message of the series.

Well, hey, I get it, we can’t let all that salty infantry talk get on air; lord knows what could happen to the children of America if they knew their grandparents cussed while they were busy dodging bullets and killing people across Europe. Yeah, I know, some of the violence is going to have to be toned down, too. That’s actually one of the points I wanted to bring up, though.

Are you sure we should re-shoot this so that Hitler is defeated via Rock, Paper, Scissors? It seems…well, it seems disingenuous. Well, yes, lying. It seems like lying. That IS what I’m trying to say. Now hear me out: I’m not saying we have to show every gory detail or anything, but- Yes sir, I’ll shut up now.

No sir! Please don’t do that! I’ll never question your ideas again! Just don’t send me over to “The Big Bang Theory!”

Wear this shirt: While storming beaches.

Don’t wear this shirt: To France. They actually helped a lot and they’re sick of us rubbing it in.

This shirt tells the world: “I wasn’t a hero, but I played a lot of time-wasting games in the company of heroes.”

We call this color: Uncremeditional Surrender 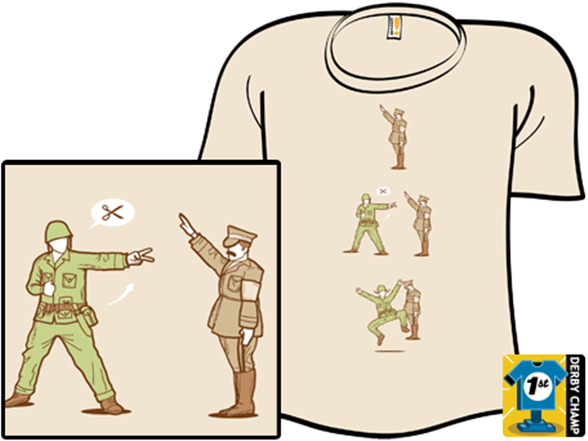 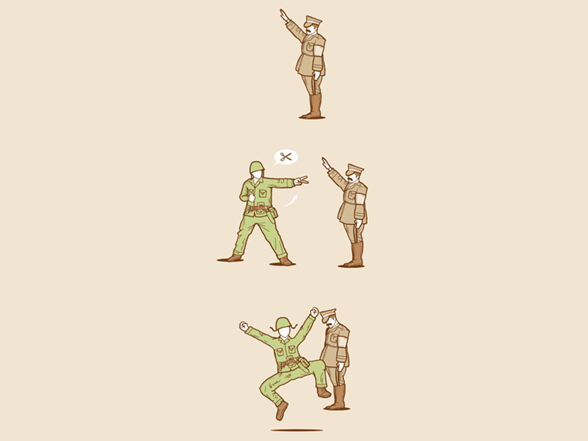 moonboy’s near domination of Europe was all but certain until he was undone by his own fascination with the occult.