I’m sorry, this is AMERICA we live in, right? How is it that in 2011 there is STILL a major league sports team calling itself the Greyskins? What, did someone already file a trademark for the Nashville N-Words? Is there a minor league club already calling themselves the Kirksville K- uh, persons of Jewish descent? C’mon, let’s all cheer for the San Francisco F- well, you get the idea. It’s insensitive at the very least!

Yeah sure, it’s no big deal to YOU. But my grandparents were Undead-Americans and- no, not ZOMBIES, that’s what some white, colonial jerk decided to call them before he went nuts with a shotgun and got his own holiday in October. Anyway, it’s my heritage. I don’t appreciate seeing it used to sell caps and jerseys, and I CERTAINLY don’t want to have to see that garish caricature with his vacant grin staring at me.

Look, I love sports! I do! This isn’t about me trying to ruin everyone’s good time. This is about me wanting respect as a 1/8 Undead-American for my people and culture. We’re a lot more than just “zombies” or “greyskins” or “ghouls.” I don’t care if the team’s been around since the ‘30s. It’s still not right!

No one? Really? Fine. If you need me I’ll be weeping for my dead ancestors and their disgraced memory. And I’ll be wearing a Cowboys jersey while I do it.

Wear this shirt: At the ball game, so you can convince some rubes it’s the home team’s new minor league club.

Don’t wear this shirt: In the ridiculous pink “Breast Cancer Awareness” version they sell during October. Donate to people who actually do the research. Buying pink crap only helps line the pockets of people who sell pink crap.

This shirt tells the world: “Our crowd’s not so good at doing the wave.” 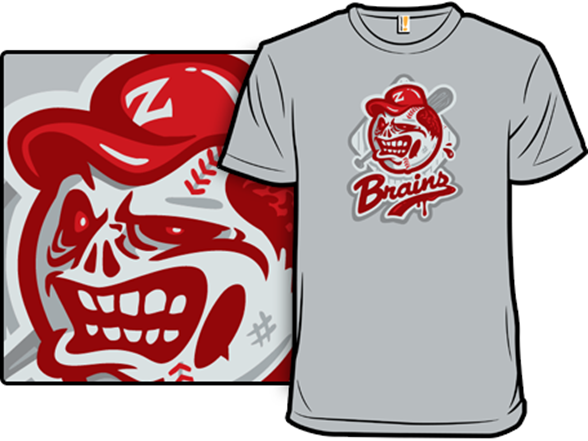 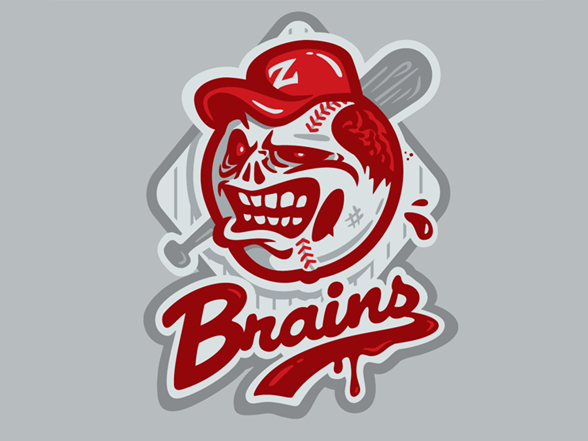 Hey gang! Come on down to the Municipal Convention Center this weekend for the WinterArtwork Warmup! Meet your favorite players! Get autographs! Hot dogs for the kids and balloons for mom!