When pigs ruled the seven seas...

The 17th and 18th centuries were the "Golden Age" of piracy in the Caribbean. Fueled by political unrest throughout the colonizing empires in Europe, the Caribbean was a veritable sea of lawlessness. Pirates and buccaneers scoured the seas, looking to snap up any defenseless merchentman or galleon they came across. But no corsairs were more feared than the Piglets of the Caribbacon, whose infamous rapacity knew no bounds.

Although the Piglets of the Caribbacon lacked developed eyesight or muscular development, and weighed only a few pounds apiece, their ruthless reputation preceded them. Merchant captains were said to strike their colors in surrender as soon as a Piglet of the Caribbean ship hove in sight. Few lived to tell the tale of Piglets boarding an enemy ship, but those that did spoke in wide-eyed terror of pink hairless skin speckled with sailor blood.

By the late-18th century, European navies (especially Britain's Royal Navy) had all but eliminated porcine piracy from the Caribbean. But the myth of the Piglets lived on, in tales told to children, and ghost stories revealed by the light of the binnacle lantern. Some of the most infamous swashbuckling swine, including Greasebeard and Henry Porkan, became myths unto themselves.

Wear this shirt: in an attempt to universalize the "Pirate Pig" pictogram.

Don't wear this shirt: if you need a flag of surrender.

This shirt tells the world: "I know the memes." 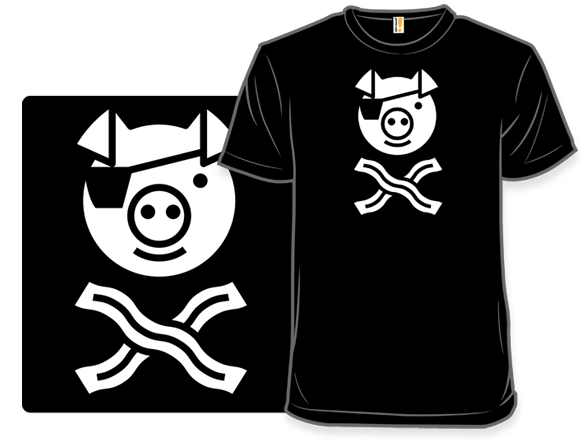 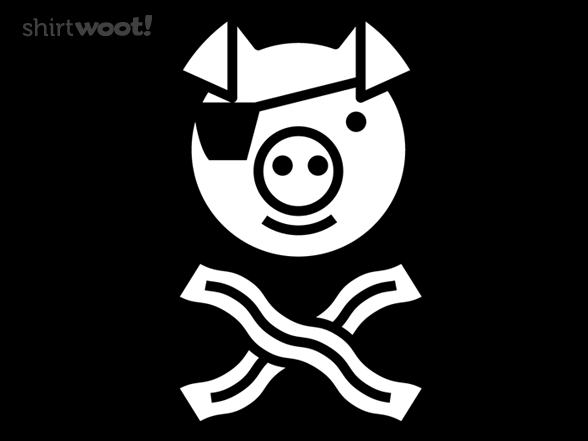 Dan Zettwoch is best known for his work on Wingdings, Webdings, and Wingdings 2.