So this circle, this triangle, and this square are walking down the street.

“What’s your point?” the circle says.

“These puns make me see red,” the square says.

“Ah, don’t be such a square,” the triangle says.

“You don’t look angry to me,” the circle says.

“Um, uh, yeah, well, the artist is from the Southern Hemisphere so, uh, colors are backwards down there,” the square says.

“But I’m saying ‘blue’ and I look bummed out,” the triangle says.

“I’m done arguing, unless it’s with my fists. Anybody wanna try me? Come on, give me an excuse,” the square says.

“I’m too yellow,” the circle says.

Wear this shirt: to cover all the angles! Haw Haw!

Don’t wear this shirt: if you’re out of shape! Haw Haw!

This shirt tells the world: “I’m not just a two-dimensional polygon.”

We call this color: Heather Gray Has No Emotional Connotation That We Know Of. 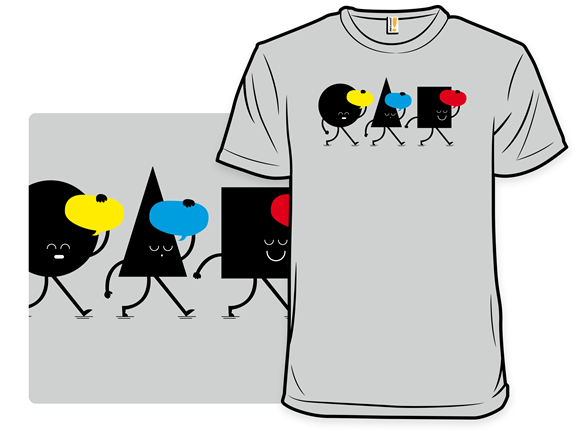 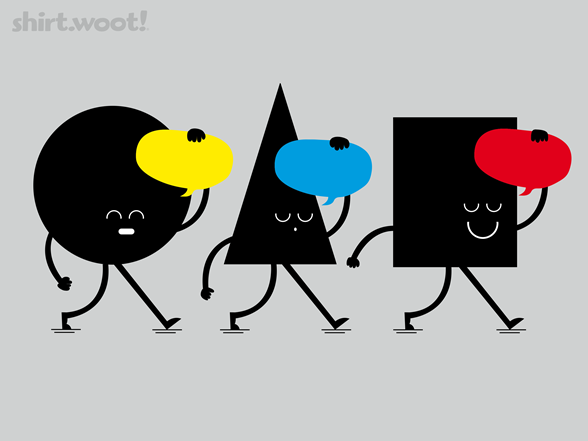