The Walrus and the Egg Men
Had a long-ongoing feud,
The Egg Men thought the walrus coarse,
Obnoxious, gruff and rude
And for his part, the Walrus saw
The Egg Men just as food.

“The time has come,” the Walrus said,
“To sound the funeral bell—
To scramble all your yellow yolks
And crush each little shell—
And cast your eggy souls into
The deepest eggy hell.”

“Oh, yeah?” an Egg Men answered, “Ha!
Just try it, bristles, do!
We’ll perforate your blubb’ry flesh
And yank your tusks out, too!
We’ll sell them to the ivory trade
And ship you to a zoo!”

This Egg’s brash attitude confused
The Walrus like the dickens
The Walrus thought his bulk alone
Would have the Eggs fear-stricken
Where did they get such courage?
Their whole family was chickens

The Egg Men, they were savage
Crying “off with Walrus’ head!”
But their tiny spears bounced, harmless
Off the giant pinniped
And it wasn’t long before each Egg
Was cracked and splattered dead

And so the Walrus crushed and ate
The Egg Men, one and all
His victory was Pyrrhic, though
‘Cause while he won the brawl
The Egg Men killed the Walrus, too—
With high cholesterol

This shirt was designed by: toe2254, who is bigger than Jesus. That’s not surprising, though, when you consider the degree to which average human size has increased over history. Have you ever seen an old suit of armor at the museum? Jesus would have been totally shrimpy by modern standards.

Wear this shirt: sitting in an English garden.

This shirt tells the world: “Paul’s still not dead, right?” 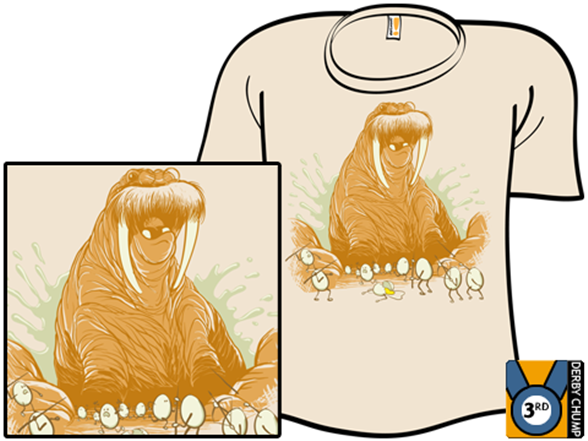 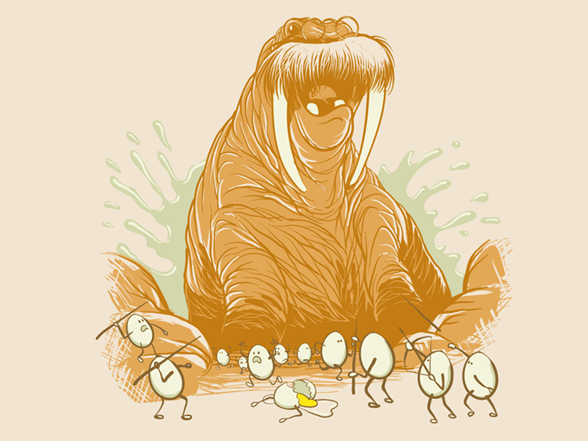