It doesn’t happen all of a sudden. It’s a gradual thing. You probably won’t even notice until it’s too late.

You’ll hit the snooze button one, two, three, four times before you drag yourself out of bed. You’ll stumble to the shower, give yourself a good wash, then groom yourself into something that passes for presentable. Morning news program, morning coffee, morning bowl of something four out of five doctors recommend for a healthier heart, morning check of your e-mail…

And then you’ll stop yourself. You’ll look down at the wheaty remnants of whatever it was that just tried to pass itself off as cereal still floating in the milk.

Plain old white milk. When did that happen? Where did the whimsical mixture of artificial fruit colorings go? Or the wonderful brown of chocolate running off of little left behind rice pieces? Weren’t they here just a while ago? Come to think of it, weren’t there jolly characters to greet you every morning? A captain, right? And a tiger? Little elves with onomatopoeias for first names and a toucan that could lead you to adventure just by catching a scent on a breeze? Where were they?

You’ll think about it only until the weather lady starts her forecast. That’s your cue to get out the door and catch the bus or face being late again. You’ll grab your bag, quickly email those documents you were working on the night before to your boss, and rush rush rush your way to work. Maybe, if you’re lucky, you won’t even notice how much grayer things are outside.

Wear this shirt: when you have a runny nose.

Don’t wear this shirt: if following your nose has only ever led you to trouble.

This shirt tell the world: “You can stop being anything.” 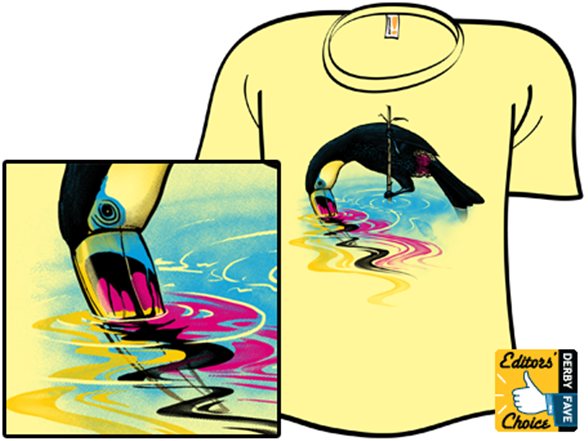 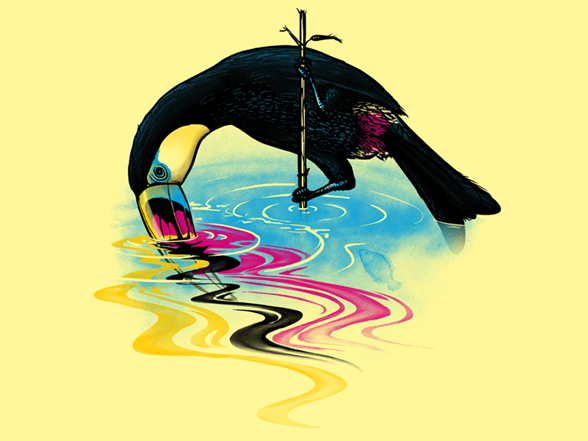 What? You’ve never heard of cmdixon2? Why, he’s grrrrrrrroovy! Huh? What did you think I was going to say?