It’s a well-established fright-flick convention: The baddies are supposed to be slow and lumbering. Everybody from Frankenstein’s monster to Jason adheres to this rule, pursuing their victims at an un-rapid but inexorable pace, grimly plodding after them as they run, run and stumble, scramble up the stairs, then collapse, exhausted, in some really poorly-chosen hiding place and hope their wheezing and panting doesn’t give them away. THAT’S HOW IT’S SUPPOSED TO WORK.

Now all of a sudden here come these zoombies, zipping right up to people on their swift, silent Segway scooters before anybody has a chance hardly to scream. It makes a mockery of our traditions—and, frankly, strips all the dignity away from the experience of being torn apart and devoured by the undead. Corpses these days!

This shirt was designed by: The one, the only (as far as we’re concerned) Jimiyo! In addition to being a shirt.woot fave, the Yo man’s a finalist for DBH’s gigantic All-Time Greatest Shirt prize, or something. Whatever it is, we strongly urge you to go vote for him.

Wear this shirt: as a warning to those who might happen upon your remains, that they might avoid the same fate.

Don’t wear this shirt: into the mouldy grave; you’ll get it all gross.

This shirt tells the world: “I Could Really Go For A Bite Of Dean Kamen’s Imaginative Braaaaaiins”

We call this color: Black From The Grave 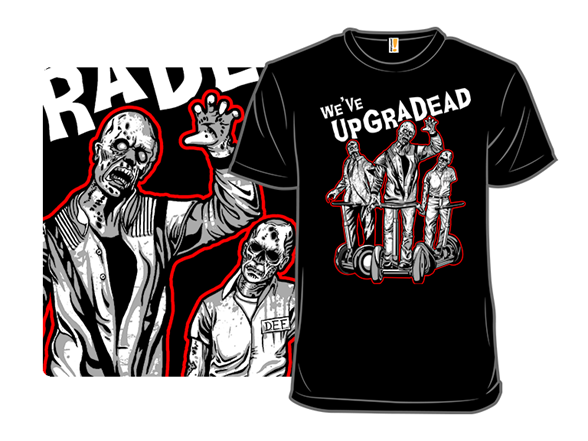 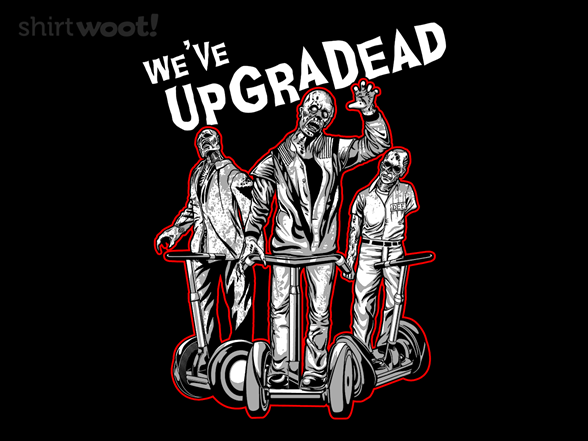