Remember back in the late 20th Century? Everybody got together around their computers and watched the new Star Wars trailer and then everybody started making plans to get tickets and then everyone got in line and then everybody cheered when the credits started and it was all so innocent and exciting. So who’s been camping out for Clone Wars this week? Exactly.

We are the sum total of all the people we’ve ever been. That angry goth was once a kid who jumped up and down on the couch fighting alongside Captain Planet. That mean old teacher once did it in the bathroom at a college football game. That CEO once bought a giant Ken Jennings head for… hey, let’s move on.

So every time we make a decision, like “Where do I move to a new house?” or “Has that pizza has been out on the counter too long?” or “Would a gila monster like a hug?”, all those other people are right there beside us, offering advice. Ridiculous, ridiculous advice. Remember all the stupid things they used to do? Really, it’s a wonder you’ve made it this far.

This shirt was designed by: sundbe10, one of the thousand sundbes that make up Sundbe Prime. Like some Voltron of design, they fuse and claim victory with the use of a giant pencil that just sort of appears. It’s really best you don’t think about it too hard.

Wear this shirt: with a pillow in your lap. Those little guys don’t want to fall on a hard cement floor.

This shirt tells the world: “My brain is like a tree in autumn… NO CLASS! Wait…”

We call this color: White Can’t I Be You 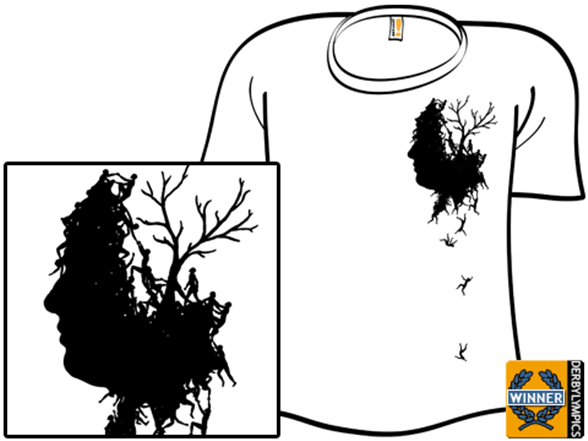 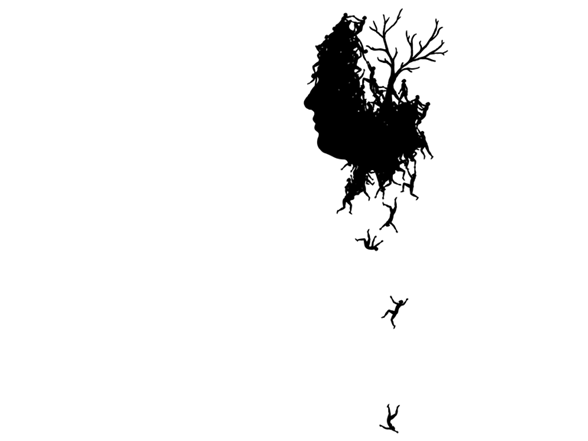