“The Crisis.” “Colony Collapse.” “That time all those bees died.”

Over the years it’s adopted newer and “cooler” titles such as “World War BZZZZ” or “BZZZZ War One.” I personally dislike that last one because, honestly, the World War BZZZZ one kind of lilts off the tongue in a nice way. For me, though, it will always be “That Time All Those Crazy Zombie Bees Showed Up And Killed Everybody.” While many protest the scientific accuracy of the words “Killer Undead Bee,” you’ll be hard-pressed to come up with a more globally accepted term for the creatures that almost killed off all human life.

Oh. Except for “Zombee.” That could work. Actually, yeah. I like that better. Let’s go with Zombee. Man, that sounds way cooler. I’ve got to do some revising.

Anyway, this record of the greatest conflict in apiarist history was born out of a smaller, more personal conflict between me and the chairwoman of the United Nations Conflict Commission Report. My work for the Commission was born out of my respect and value for the quest for information.

Needless to say, I was pretty ticked off when I saw most of my work redacted from the final report.

“It was all too intimate,” the chairwoman told me. “Too many feelings. Too many gruesome depictions of death by stinger. We need cold, hard facts.” She was right. The report they were preparing was meant to be nothing more than a factual recollection.

But by excluding the human factor we risk detaching ourselves from the fact that undead bees started stingin’ the crap out of everybody. It’s only been 12 years since VB Day, and it’s true that we’ve been at peace now about as long as we were at war. This is primarily a book of memories, and this book belongs to the subjects interviewed within, not me. I have attempted to reserve commentary.

Wear this shirt: In solemn memory of the hundreds of millions of sting victims across the world.

Don’t wear this shirt: Near Africanized Honey Bees. Honestly regardless of what you’re wearing, stay away from those gals. They’re jerks.

This shirt tells the world: “You honestly think Romero wouldn’t make a movie about this? Wanna bet $20?”

We call this color: Larval Lemon 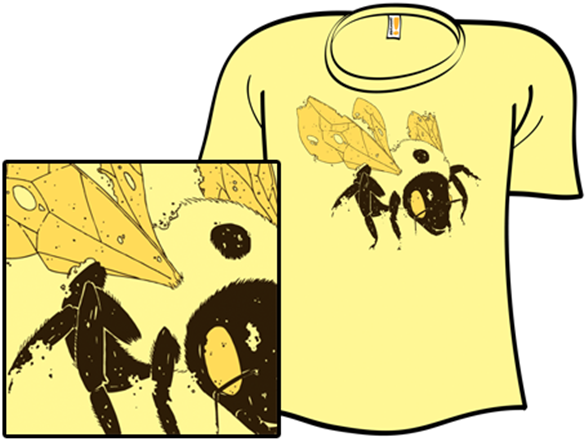 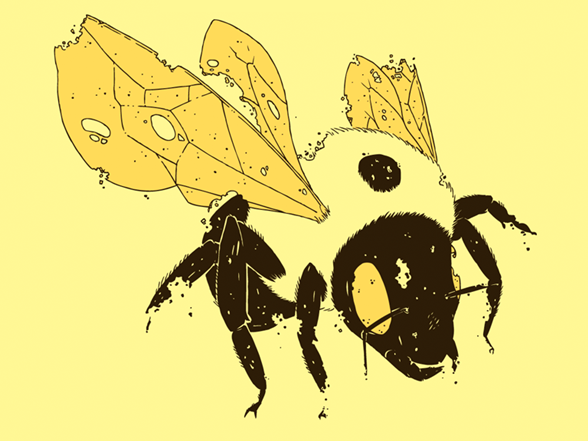 When I was three years old I got stung because I tried to pet a bee. That doesn’t have much to do with Jim Gray, but this shirt reminded me of it. Thanks a lot, Jim Gray.