The Fourth Estate is no different than the other three. They all want to be in charge. Executive orders, veto power, landmark rulings, unnamed insiders, they all work together to create the big ugly profit-hungry mess that is democracy. And they all think their side is the most important.

That having been said, even the most cynical types are willing to occasionally just let bygones be bygones. Part of being an American is knowing that you can just throw it all down the chute and try again. We all love the idea of rags to riches, so we all can’t help but dream of a world where things get better overnight.

We all know, realistically, that two months from now we’ll be back to the same fights, and the same pundits, and the same people doing the same crazy things with our hard-earned cash. The same speeches, the same finger pointing, the same vendettas and covering up and the watered-down compromises that we’ve become used to over the last two hundred or so years this nation has been alive. It was true for our very first citizens, and there’s no reason it should be any different now.

Wear this shirt: to show that you’re a special early edition! Or if you want to sleep in, you can be a special late update.

Don’t wear this shirt: and get too close to a paper tiger. They’ll see you as prey. They won’t really do anything but they’ll posture a whole bunch and that might get kinda boring after a while.

This shirt tells the world: “I used to date a Loren Ipsum but I didn’t really see a future there so I left as soon as I found someone to take her place.”

We call this color: What’s black and white and red all over? Not this shirt, because this shirt is just White. But maybe you could get some coal and some ketchup and fix that at home. 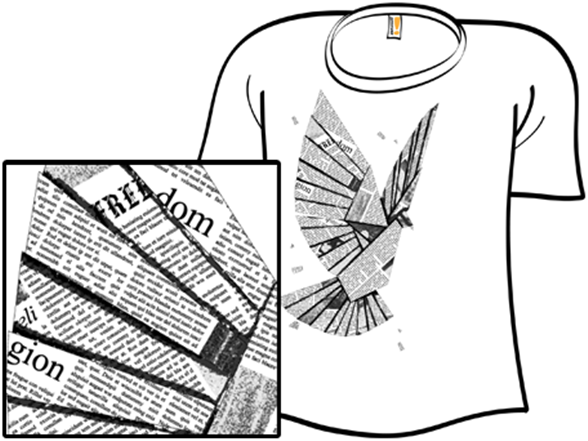 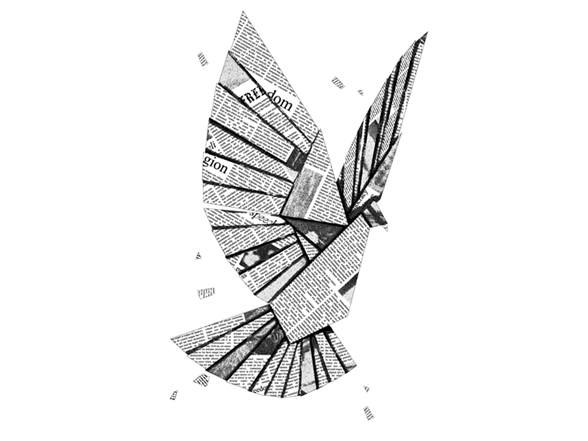 We very much hope Anna Hanson never becomes world famous because if she does her name might end up on Wheel Of Fortune and the puzzle would be really easy to solve as soon as someone guessed N and bought a vowel and we make our money betting long on Wheel Of Fortune so if that happened we might lose our shirts. And when we say that, we can mean it literally.