Sometimes you can overanalyze the fun right out of something.

I didn’t really need to know where the robots came from. When I was little, I’d spend hours looking at their action figure replicas in my hands and think, “Why were you on that ship? What did you do before you were there? What made you guys best friends?” Then I’d just make up my own origin stories, usually involving a transforming truck or whatever toy I got in my fast food kids’ meal that week.

I never needed to understand why the smuggler uses a measure of astronomical distance rather than speed when referring to how fast his ship is. I didn’t have to see the gangster that was looking for him, nor a cameo appearance from the bounty hunter who would eventually catch him, either. My mother never had to explain to me why the smuggler killed that green guy in the bar. If I was on the run from people who might kill me, I’d probably shoot first, too.

It was easy to buy into the idea that there was a mystical energy field only certain people could control. No explanation or blood test was needed to solidify the concept in my head. And there was only ever one thing I really needed to know about the orphaned farm boy’s father. He was a bad guy who loved his son enough to make things right. That was enough.

When it comes down to it, all I really wanted was a silly movie about laser sword-wielding star wizards and their friends saving the galaxy in really cool looking spaceships. I just wish I would’ve known that sooner.

Wear this shirt: on a first date. They’re going to find out you’re a dork sooner or later, anyway.

This shirt tells the world: “And if you’ve got a few hours to spare, I’d love to discuss the effect interstellar civil war has on fictional socio-economics.”

We call this color: Black Again, But This Time In 3-D 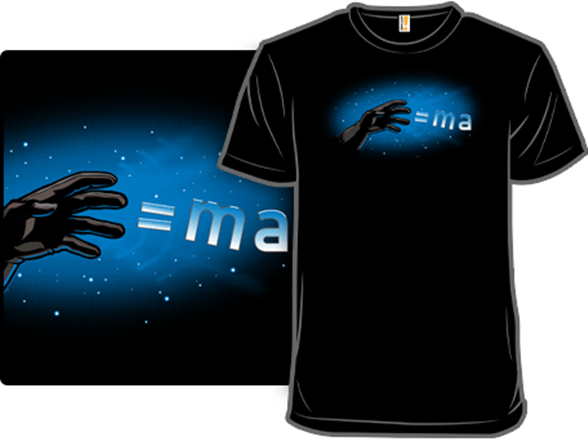 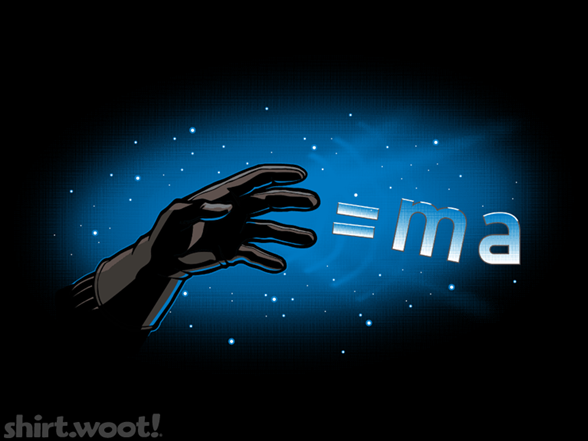 What I really need are a couple of shirt designers that understand the binary language of nerds. Nathan W. Pyle and Control9? I dunno. They look like they might have bad motivators.